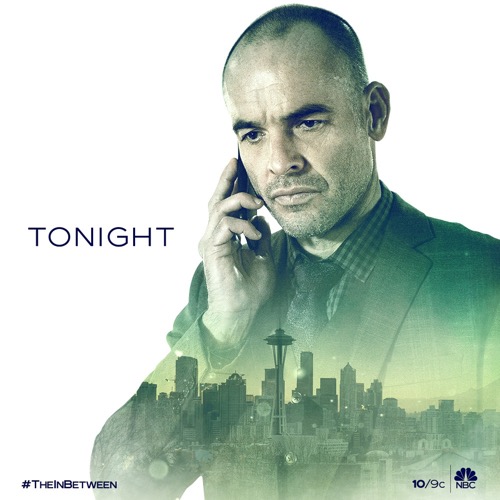 Tonight on NBC presents The InBetween which airs an all-new on Wednesday, July 31, 2019, episode and we have your The InBetween recap below. On tonight’s The InBetween season 1 episode 8 called, “While The Song Remains The Same,” as per the NBC’s synopsis “Tom (Paul Blackthorne) and Damian (Justin Cornwell) investigate the mysterious death of a vibrant young woman while Cassie’s (Harriet Dyer) visions reveal a complicated family story.

Cassie also encounters an idol from her childhood in the InBetween and helps him right some past wrongs.”

Cassie has tremendous abilities. There is no doubt about it and in all honesty, no one was questioning it, but sometimes it does take a toll. Cassie doesn’t just see her visions. She goes into them and often experiences it as if she was the victim. Her latest vision involved stabbing. Cassie felt like she was being stabbed and she saw the perpetrator as a faceless individual wielding a sword. She didn’t know what it meant so she called her dad. Cassie told him about the sword and it didn’t seem to have any bearing on Tom’s case. He was investigating a severed arm that washed up onshore. Only it was severed from a propeller and so the rest of her body was most likely at the bottom of the sea.

The CSI team even ran a print from the arm. It belonged to a Holly Anderson and she was a free spirit tarot reader. Holly apparently told her sister that it was her purpose. Her sister her believed her because she wanted Holly to be happy while the sister’s husband was a little more skeptical. He said Holly often found her purpose. None of the other times have ever worked out and he had no reason to believe the tarot cards business was going to be it for Holly. She reportedly never stuck it to the end. Holly could afford to be a free spirit because she had a trust fund and she also knew her sister would lend her some money. Again, the sister didn’t and the husband may have. They just weren’t viable suspects because Holly’s ring had been missing.

Holly had an emerald ring she inherited from her grandmother. Her sister said it worth ten thousand dollars and it hadn’t been found with the body. Tom and Damien then decided to check with Madam Coco. The woman who hired Holly was known for assault as well as fraud and so they asked her about Holly. Things between them had allegedly cooled when Holly tried asking for money. She wanted ten thousand dollars and she wasn’t going to get it from Madam Coco. Holly also never offered her ring. Madam Coco said she never would have accepted second-hand jewelry even it was offered and so the detectives decided to ask the woman something else. They asked her if there was any tarot card that had swords.

Luckily, there was a card with swords. It was the only one in the deck and it symbols betrayal, loss, crisis, and even death. Tom thought that maybe that’s why Cassie had her vision. She saw the death as it was happening and Holly was targeted. She was attacked over what was probably her ring. It would look good enough for an ex-con and as it happens one of those had sold the ring to a pawnbroker. The pawnbroker could also describe the guy with prison tattoos. The description led the detectives to Bruno Legato and the guy tried to make a run for it when he saw the cops, but they caught up with him quickly enough. They later brought Bruno in for questioning and he fed them a story about being friends with Holly.

Bruno claims that Holly came to him for the money when she was turned down elsewhere. He also says that Holly couldn’t turn to her sister this time and that’s why she was willing to give up her ring as collateral. Bruno was only supposed to hold onto it until she could pay him back. So the detectives didn’t really believe that drug dealer was telling them the truth. They thought he was lying to them and so they were going to ignore him until they heard about the postmortem. It turns out Holly was newly pregnant. It could explain why she needed the money and was so desperate that she gave up her grandmother’s ring. It could also explain why Holly was hanging out with Bruno. Bruno was married and he or his wife could have killed her.

Tom and Damien spoke to Madam Coco again about her husband Bruno and she told them that her husband couldn’t have gotten Holly pregnant because her husband got a vasectomy. Whoever it was that got Holly pregnant, it wasn’t Bruno and so the detectives were back to the drawing board. They didn’t know where to look when Cassie came to them with another vision. She saw a woman with a baby and she had thought it was related to another case she was working. Cassie had run into the dead Rockstar Jace Gray. Gray had wanted her to pass on a message to his son and he made a critical mistake with Cassie. He lied to her when she was only trying to help. Gray said that he wanted to meet the son he never got to meet in life and there was a story behind it.

Gray was a stoned-out rocker. He didn’t want to be a dad and so he ignored even when the woman came to him in need because she was dying of cancer. Gray told his lawyers to make it go away and that’s what they did. They told the young woman to desist and she did. She eventually died and there was no one to take care of her son. He ended up being put into care and it was only by chance that Billy was lucky. He was taken in by a good family. Cassie went to see him and she was there when Billy told his real dad (as in the man that raised him) that he got into Yale. It had been a sweet moment for everyone. It also made Gray tell Cassie the truth and so she pushed him away afterward. She didn’t think it was fair that Gray wanted to be a parent now.

Cassie told him he should have been there when Billy needed him the most and that now was too late. Cassie also said that she had to be with the man that raised her and find out if he had cancer. Thankfully, Brian didn’t have cancer. He did, however, have a tumor that he needed to remove and so he was booked in for surgery. Cassie hadn’t taken the news well because it brought up memories of her mother and maybe that’s why she chose to get lost in her visions again. Cassie told Tom and Damien about her latest vision that showed a dead young woman drawing pentacles. Pentacles could mean “new beginnings” and there was a fertility clinic near the tarot cards shop. And so that’s when the detectives found out Holly wasn’t pregnant.

Holly was actually going through fertility treatments because she was harvesting her eggs. She wanted it to be a gift for her sister and so she didn’t tell her about it until that Thursday. The same Thursday when she died. Holly, as it turns out, had called her sister that day. She told her sister Taylor that she had a surprise and that she needed five thousand dollars because it was going to worth it. Her sister, unfortunately, thought this meant Holly was following a new dream. This infuriated her because she was trying to have a baby and thought it was selfish that her sister was the one that always got to follow her dream. And so when she saw Holly waiting for her at the house, she slapped her and her sister fell on something.

It was one slap. Yet, it was enough to kill her sister and so Taylor called her husband. He was the one that helped stage a break-in at Holly’s place and he helped Taylor to clean up the blood. They didn’t know that Holly was trying to give them their dream after so long. They waited five years to have a baby and they missed out on their one chance because of pure jealousy.

It was a sad story. It also made Cassie realize why it hurt so much when Jace Gray wasn’t the hero she had always pictured. His band used to Cassie’s mom’s favorite. Cassie even played one of his songs at her mother’s funeral and so she told Gray why the truth had come as such as a blow. She still wasn’t going to help him contact Billy because Billy was happy on his own, but she did go to Gray’s memorial that his fans set up.