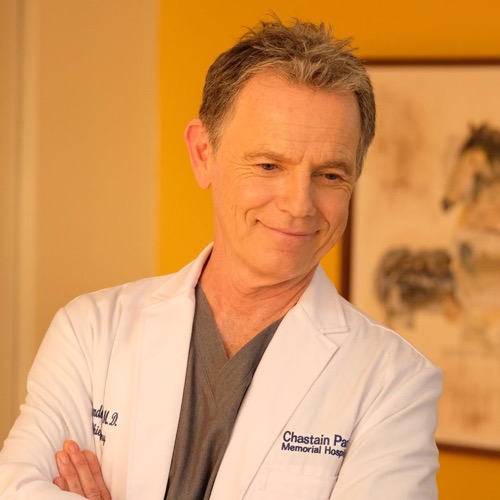 Tonight on FOX their new medical drama The Resident airs with an all-new Monday, March 4, 2019, episode and we have your The Resident recap below.  On tonight’s The Resident season 2 episode 16, “Adverse Events”  as per the FOX synopsis, “The surgeons are determined to shut down Quovadis after Henry Barnett (guest star Evan Whitten) almost loses his life due to a device malfunction.

As Mina and Devon set out to find the truth, Bell, AJ and Conrad work to save the life of Chastain’s favorite custodian, Simon (guest star Dan Lauria). Meanwhile, one of Alec’s old patients ends up in the ER, forcing him to question if he made the right choice to leave his old practice for Nic’s clinic.”

The Resident season 2 episode 15 airs at 8 PM – 9 PM ET on FOX. Make sure to bookmark this spot and come back for our The Resident recap! While you wait for the recap make sure to check out all our television recaps, news, spoilers & more!

Bell holds a board meeting to discuss QuoVadis and Gordon Page. There have been some issues with the devices that lead to one death, he tells the board. Conrad’s father backs him up. After the meeting, Conrad and his father talk. Henry’s mother Zooey is thinking about going to the press. Meanwhile, Gordon holds a special event where he unveils the use of the VNS for more than a dozen soldiers with PTSD.

Conrad meets with Zooey. They discuss her talking to the press today on hospital grounds and Henry’s possible move to Duke University Hospital. Gordon catches the wind and asks his people to look into Zooey’s background.

Bell talks to an employee Simon who cleans up post surgery. The two are friends. They joke about the lotto before Bell notices he has swelling in his hands. He tells them they need to test him.

Nic meets with a new patient who has come into the free clinic with right abdomen pain. Meanwhile, Bell, AJ, and Conrad look over Simon who they notice has a myxoma on his heart which would explain his chills and pitting edema. Conrad wants to run more tests. Bell agrees. They talk about Henry. Bell tells him he has done everything he can to stop Gordon and he is coming for him next. Just then Gordon calls.

At the clinic, Shaw and Nic determine the female patient has gallstones and will need her gallbladder out. She doesn’t have insurance. They talk about what they can do.

Conrad talks to Zooey just before her interview. She checks in on Henry and finds Gordon in his room. He has given him a gift and wanted to apologize. She sends him away. Nic comes in. Zooey heads to her interview but is stopped by Gordon in the hall who offers to pay Henry’s medical bills for the rest of his life. Zooey is torn. Conrad sees her after and tells her they will find a way. She needs to tell the world. She doesn’t believe they can pull it off. She tells him she signed already. They already wired the money. Conrad is upset but will arrange for Henry to go to Duke.

Shaw and Nic bring their patient to the med RV. She cannot have surgery for 3 weeks and this is the only thing they can think of as to where she can stay.

Bell and Conrad rush to Simon’s room. He is septic and they think he has endocarditis.

Bell tells Simon he needs the surgery but it is risky. If he doesn’t go through with it he will die in 1-2 months. Simon is a betting man and says he is in. He tells Bell he loves Chastain and loves working here, especially knowing he helps Bell save lives. It makes Bell think.

Mina and Devon go to the unveiling for QuoVadis. They talk to AJ’s mentor, Benedict, who has been backing Gordon. Gordon sees them. They take a walk.

Simon is wheeled into surgery. Meanwhile, Nic and Shaw bring their patient to Chastain to have her gallbladder taken out. Benedict agrees to tell them about Gordon’s wrongdoings but he wants to talk to AJ who is in surgery. Conrad rushes to interrupt when Mina calls him as QuoVadis gets ready to live stream a surgery with a soldier. Conrad cannot interrupt because Simon could die.

Unknown to them, Conrad’s father arrives at the Quovadis event and tells the military about Quovadis and how it is made in China and shipped to the US. He shows the general proof who then tells Gordon their deal is null and void.

Conrad comes in to see Bell in the OR. Simon has died and Bell is upset, sitting alone.

Benedict tells Gordon he didn’t tell anyone anything. Nic and Shaw talk in the RV about their patient and the pains of the hospital and insurance. Shaw makes a pass at Nic. She leaves, ignoring him.

Bell cleans the OR thoroughly. Conrad and his father Marshall leave the hospital for the night. Conrad jokes that he saved more lives than him today. On the ride, Marshall calls Gordon alone and tells him they need to talk.