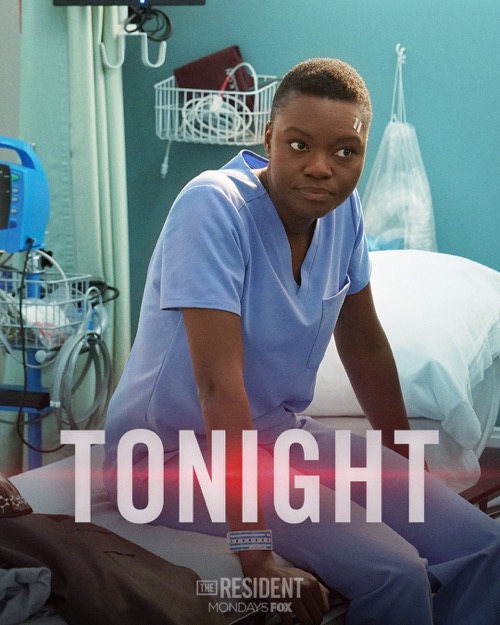 Tonight on FOX their new medical drama The Resident airs with an all-new Monday, April 29, 2019, episode and we have your The Resident recap below.  On tonight’s The Resident season 2 episode 22, “Broker and Broker”  as per the FOX synopsis, “When a lottery winner is admitted to the hospital, Bell turns to him as a potential solution to Chastain’s financial problems. Nic becomes infuriated when Alec suggests she meet with an organ broker in hopes of saving Jessie’s life, but after her other ideas fail, she brings the idea to Conrad.

Meanwhile, Devon and Irving help Mina piece together details from her night out after The Raptor sidelines her for an upcoming surgery.”

The Resident season 2 episode 22 airs at 8 PM – 9 PM ET on FOX. Make sure to bookmark this spot and come back for our The Resident recap! While you wait for the recap make sure to check out all our television recaps, news, spoilers & more!

How far are you willing to go to save your sister’s life? Alec showed up late at night and asked Nic this one question. He wanted to know if she was willing to go outside ethical lines if it meant saving her sister Jessie. Jessie was going through dialysis and hated it. She was losing hope with each day and it wasn’t helping when their father let both women down again. Jessie was struggling and so Nic went along with Alec. Alec took her back to the clinic and he introduced to Elliott. Elliott was an organ broker and he came because Alec told him that Nic was willing to buy a kidney, but in actuality, Nic wasn’t ready to go that far. There were some lines she didn’t want to cross and dealing with an organ broker was one of them.

It was hard enough that the people could wait years on the transplant list that they didn’t need anyone jumping the line if they had money. Nic wasn’t going to do it and she told Alec as much. Only he had an attitude. He thought Nic would be appreciative of what he was doing and when she wasn’t it was like she offended him. Alec told her that she just kissed her last chance at getting a kidney goodbye. Nic didn’t care. She didn’t know that Alec would know an organ broker or that he would be on a first name basis with the guy and so she was reconsidering how she saw Alec. She was also feeling better about turning down the kidney because she later saw Jessie in the hospital and her sister’s mood was turning around.

Nic had just left her sister when she heard about her best friend Okafor. Okafor was supposed to have that day off, but she came in with a guy that ran into her on a golf course and she had no idea how she came to be on the golf course much less why she was dressed as a preteen boy at his own bar mitzvah. She was wearing a suit and a kippa. She didn’t even know where the clothes came from and so she was pretty fuzzy on the details. It might have been something she drank the night before or it could have been the fact she got hit by a golf cart. The man driving it was Taylor Emeye and the cart flipped on it after he accidentally hit Okafor. And so she needed to be checked out as well because there was no way that her doctor friends were going to ignore the gushing head wound.

Taylor, on the other hand, went from being a nobody to a VIP. Bell had heard from his somewhat dimwitted assistant Grayson that Taylor won the lottery and that he was filthy rich. He also was new to money and so Bell wanted to convince him to donate to Chastian. Chastain has seen a drop in over forty percent of donations since the whole thing with Dr. Hunter and that fraudulent company came out. So Bell was desperate. He needed to get money for the hospital and he needed to do it now. He couldn’t risk the board blaming him for cutbacks and so he turned to make a new friend out of Taylor. Taylor had needed surgery after his cart accident because his intestines moved to his chest and while they had him opened the doctors noticed an irregularity.

There was something that could be a mere infection in Taylor’s chest. His doctors told him that he has two choices and one of them could be as simple as taking antibiotics. Bell wanted him to take this option because he didn’t want to scare away Taylor the other one. The other option meant the doctors would have to push a tube up his nose and lower it so that they could get a sample of his lung. This lung would be biopsied and it would at least tell the doctors what they’re dealing with. AJ wanted to go with this option because it was the safest for the patient and so Taylor asked for some time to think. He was going over his options when Okafor found him. He was one of the few people that saw Okafor last and so she wanted to know if he saw her do anything weird.

Taylor said that she was just standing around and once he could see that didn’t help he told her that maybe she was out for the same reason as him. He went night golfing because he wanted to think about what to do with all the money he won and was afraid of making a bad decision. He was forced to choose who to live with when he was a kid and his parents broke up, but he chose his mom and his father has never forgiven him. Taylor didn’t want to make a choice like that again and it seems that neither Okafor. She had a good man that loved her and she lost him because she waited too long considering his wedding proposal. He ended up changing his mind afterward and they had to break up. And so Taylor asked her if she was facing another decision like that.

Okafor didn’t think she was, but she found out she partied Grayson last night and that there was pictures as well as videos to verify his stories. They got drunk and duet karaoke. They also went around asking to see people’s belly buttons and she borrowed Bell’s suit that Grayson had on him because she and Grayson crashed a bar mitzvah. The photos were just as embarrassing as hearing it for herself and so Okafor went through Grayson’s phone deleting everything. She deleted the video before she could listen to it and thankfully Grayson remembered it. He said that she went on about how much she loves surgery and raptors. He thought she meant dinosaurs and so he hadn’t heard that “raptor” was a nickname for AJ.

Okafor was so embarrassed by what she said that she denied it to her friends and tried to pretend it never happened, but it was clear that Taylor had been right about why she was out on the course and luckily AJ had been there when Taylor’s surgery was more serious than an infection. He needed to be rushed to surgery and his life was ultimately saved. Taylor was so grateful that he decided to become a donator. He was going to donate his thirteen thousand dollars a week to Chastain. He hadn’t been the type to take on lump sum because it gets cut short on cash and so he himself was given low weekly payments. And that wasn’t going to be enough for Bell and so he turned to Conrad.

Conrad figured out that Nic had changed her mind about buying a kidney when she heard her sister was also going through heart failure, but he didn’t want the surgery to be done at a low rent hospital. He ended up giving Bell a bribe to allow the surgery at their own hospital despite it not following guidelines of waiting until someone was six months clean. And funnily enough, Nic changed her mind again because she found out that the donor was only going to get ten percent of a hundred thousand.