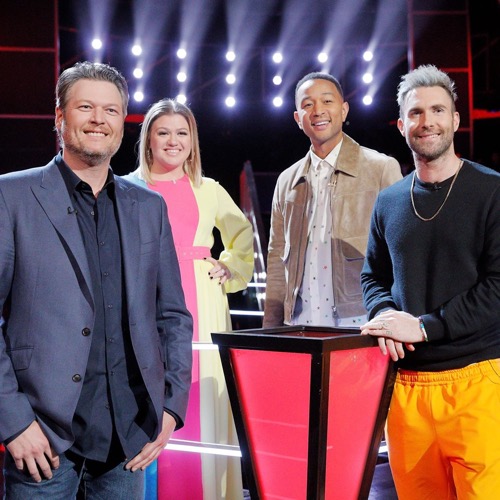 Tonight on NBC’s Emmy Award-winning musical competition The Voice airs with an all-new Monday, March 25, 2019, season 16 episode 7 and we have your The Voice recap right below. On tonight’s The Voice season 16 episode 7, called, “The Battles Part 1,” as per the NBC synopsis, “The “Battle Rounds” begin. The coaches enlist music industry powerhouses Charlie Puth, Kelsea Ballerini, Brooks & Dunn, and Khalid to prepare their artists for a dueling duet.

After the vocal face-off, each coach must choose which artist from their team is the strongest, and has the option of stealing losing artists from an opposing coach.”

The Battle Round premieres tonight with John who brought Khalid in for his advisor, he is 21 years old and already Grammy nominated.

Matthew Johnson and Shawn Sounds are the first to battle, it will be a tough one as these two both got four chair turns in their auditions. The two are singing, “Never Too Much,” by Luther Vandross.

Judges Comments: Adam: “You are both incredible singers, it was like a tennis match. I’m a little perplexed as to why these fantastic gentlemen are together, cause its crazy.” Blake: “We really can’t say anything about one beating the other because it was really unbelievable. Matthew, I really got to say your dancing is second to none. I wish there was a button that could make you both a duo for the rest of the season.” Kelly: “You two are phenomenal and that is why you are four-chair turns. This made for such a phenomenal battle. Matthew you are a light to watch, Shawn your runs are so crazy cool. But I think I would go with Matthew because he makes me smile with my heart.” John: “The energy that you guys gave us today, the love of music, to see the music in you, I love the fact that you sang this. You both are fantastic singers, didn’t miss a note.”

John chooses Shawn Sounds like the winner of this battle. And, its a steal for Matthew Johnson from Adam Levine. Then Kelly Clarkson gives a second steal for Matthew. It is all up to Matthew to choose his new coach, he chooses Kelly.

The Bundys and Mikaela Astel are the first to battle and they are all huge fans of Kelsea. They are singing Eva Cassidy’s Songbird.

Judges Comments: John: “Mikaela your voice is strong and vulnerable at the same time. I feel like I heard a little nerves from you today, which is ok. The Bundys, your harmony was incredible and for today, I would lean towards you guys.” Adam: “Mikaela you are so great and so young, this is a learning experience for you at this moment. The Bundys, you guys are super sweet, I feel the energy.” Blake: “Mikaela I bet you were that much better in rehearsal without all the lights and the crowd. The last thing any of us would want to do is discourage you from doing this because you are meant to do this.” Kelly: “Mikaela the youngest on my team and you heard her big powerful voice, she’s got this piercing tone. And at the same time, the Bundys have this wonderful family harmony.”

Kelly chooses the Bundys as the winner of this battle.

Blake has chosen his friends, and legendary country superstars Brooks & Dunn as his advisors.

Gyth and Rod Stokes will be battling against each other. They are singing “Drunk Me” by Mitchell Tenpenny.

Judges Comments: Kelly: “Rod they got you working on that song. You just slayed that stage. Now Gyth, you are very comfortable on the stage brother. I feel like Rod is more my vibe.” John: “You were both excellent. Rod your vocal tone is so interesting and unique. Gythe you have the runs, I loved your stage presence, you sounded like a star and I would probably pick you.” Adam: “I thought it was pretty even, but I thought maybe Rod took this one.” Blake: “This sucks, this is so neck in neck, its an impossible decision.”

Blake chooses Gythe as the winner of this battle. Its a steal for Rod Stokes from Adam Levine.

Trey Rose and Dominic Haynes battle it out to “I Need A Dollar” by Aloe Blacc.

Judges Comments: Blake: “That was such an incredibly even battle,, hats off to both of you, that was a great job. Trey at first I thought this might be out of your element but you did a great job. Domenic you have his freedom about yourself, I really enjoyed your performance, so I would probably go with you.” Kelly: “I agree with you, it was very even. You are both very intense in different ways. If I had to pick one, Trey I would pick you.” John: “I very much wanted Domenic on my team, Adam notoriously blocked me. It’s going to be a tough decision for Adam.” Adam: “Its tough when you guys do literally everything that we talked about perfectly. Trey, you almost threw yourself off the stage. I am proud of both of you.”

Adam chooses Domenic as the winner of this battle.

John and Khalid prepare the next pairing, Savannah Brister and Maelyn Jarmon and they are singing, “When We Were Young,” by Adele.

Judges Comments: Adam: “You guys did such a fantastic job, you really shared that beautiful song with each other. I would go with Maelyn, but I commend you both, you did a great job.” Blake: “We all knew how great Maelyn was and will she reach that bar again and she did. And what we also found out is Savannah is incredible.” Kelly: “I turned around for both of you in the blinds. Savannah there is something so raw about you, I am going to give this one to you.” John: “What I love about these two was how much love that you could see they had for each other. You really embrace the song, there were this subtlety and warmth.”

John chooses Maelyn as the winner of this battle.

Kelly and Kelsea Ballerini are awaiting the final pairing of the night, Jej Vinson and Beth Griffith-Manley, they are singing, “Jealous,” by Labrinth.

Judges Comments: John: “Both of you I wanted on my team and both of you were incredible today. Jej your tone was really interesting and cool, Beth the same thing.” Adam: “The unison you guys did was maybe the best that I have ever seen. It was perfect, this is a tough one, but I would probably go with Jej.” Blake: “Beth you were incredible, he was matching you note for note and this will be hard to call.” Kelly: “I am so excited because you both did exactly what I asked. It is insane how incredibly talented you both are>”

Kelly chooses Jej as the winner of this battle. John steals Beth.