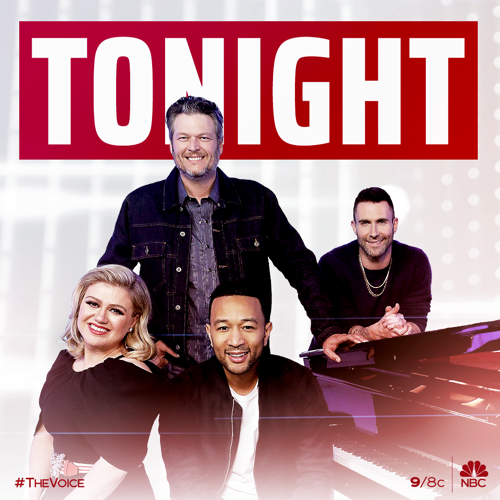 Tonight on NBC’s Emmy Award-winning musical competition The Voice airs with an all-new Tuesday, April 23, 2019, season 16 episode 14 and we have your The Voice recap right below. On tonight’s The Voice season 16 episode 14, called, “Cross Battles Part 2, Results,” as per the NBC synopsis, “The winner of each Cross Battle will be revealed, as eight artists advance to the Top 24 through America’s vote. Each coach will have the opportunity to save or steal eliminated artists live in the moment. The coaches will have one save and one steal to use over the course of the Cross Battles. They will have 10 seconds to decide if they want to push their button to save or steal an artist.”

Unfortunately, only some of the contestants were moving on in the competition. They’ll become part of the Top 24 and will be that much closer to the finals, but the others weren’t going to be as lucky. They were the ones that hadn’t won their Cross Battle! To decide who won and who lost the host went through each battle and allowed the judge to say one last thing. It gave these coaches the chance to encourage their vocalist and tell them no matter what happened tonight they still achieved something. Adam, on the other hand, had the least to offer. He was out of Saves and Steals meaning he couldn’t help anyone on his team because he already gave away his best advantages. Both Kelly and John each had a Save to their names and Blake out of everyone was surprisingly the most cautious because he had a Save and a Steal.

Blake, therefore, was in the best position out of everyone. Adam wasn’t as lucky as the others when the night first started and he was also the first to receive bad news. The first set of results had also left Adam down a vocalist. He lost LB Crew in his Cross Battle with Jej Vinson from Team Kelly and Kelly couldn’t help bragging on that one. The next battle results were for Team Adam’s Kendra Checketts and Team John’s Jimmy Mowery. Mowery was first on Adam’s team and then got cut loose which was when John picked him up. So Mowery winning the second battle was another hit for Team Adam. He just kept losing and luckily Kendra didn’t have to suffer for it. She was later stolen by Blake and he was glad to have her back on his team. And he called letting her loose to begin win as a sign of “tough love”.

The results of the third battle were for Team Blake’s Karly Moreno and Team John’s Shawn Sounds. The latter ended up surprising his own coach when he showed off a deeper baritone that John hadn’t known about and so he wanted to keep him around no matter what, but he didn’t need to risk his save to do it. Shawn was voted by America to stay on and it was Karly that was eliminated. Team Blake also has a contender in the next battle with Carter Llyod Horne who went up against Team John’s Jacob Maxwell. The winner of that battle went to Carter. Carter has come a long way in the competition and even Jacob said he deserved it when he won the battle.

The next battle brought news that Adam couldn’t wait to hear. His team’s Kalvin Jarvis had gone up against Team John’s Julian King in a soulful battle and from the onset it was clear that Kalvin had won. He had won over the crowd in front of the world and he won America’s vote. He was saved and he turned around his coach’s bad luck. Adam went on to win again with his next vocalist Rebecca Howell. Howell had faced Beth Griffith-Manley from Team John and won, but while she did this as a country artist, it had still taken some by surprise. Kelly Clarkson was surprised and she literally went up on that stage to comfort Beth because Beth was just so talented that Kelly didn’t want her to just to disappear after the show. She offered Beth a chance to sing with her and Beth took it on the spot.

John Legend had ended up giving away his last Save and so he couldn’t use it for Beth, but she managed to land on her feet and so will the others. The next battle had between Team Blake’s Gyth Rigoon and Team Kelly’s Abby Kasch. They both had been great in their own way and, so while America saved Gyth, it didn’t mean it was the end for Abby. She had impressed her coach and Kelly used her last save just for her.  The next battle was again between Teams Blake and Kelly. Kelly had The Bundys battled it out with Andrew Sevener. It had been three against one yet it hadn’t sounded that way and if anything that won points in Andrew’s case. And so it wasn’t surprising when Andrew was announced as the winner of that battle.