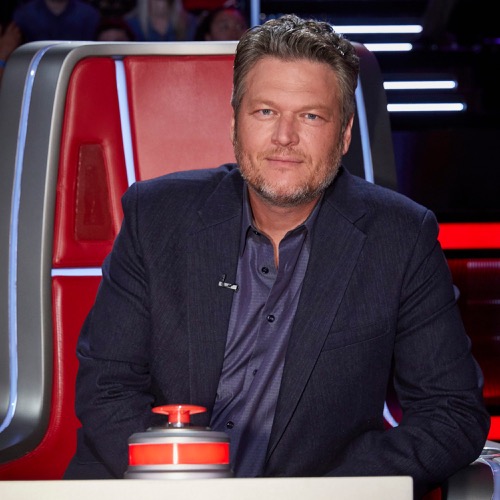 Tonight on NBC’s Emmy Award-winning musical competition The Voice airs with an all-new Monday, October 21, 2019, season 17 episode 8 and we have your The Voice recap right below. On tonight’s The Voice season 17 episode 8, called, “The Battles, Part 3,” as per the NBC synopsis, “The Battle Rounds continue as the coaches enlist Normani (Team Kelly), Darius Rucker (Team Blake), Usher (Team Legend) and will.i.am (Team Gwen) to prepare their artists to go head-to-head in the hopes of advancing to the Knockout Rounds.”

Its time for the Battles! Up first was John Legend’s team and he brought in Usher to assist with his vocalists. Jared Herzog vs. Will Breman was the first battle. They both had the same vibe with soulful pop. They also each needed some work and so the coaches had their hands full. They thought Jared could push his voice further while Will was sort of holding himself back artistically. John said he was lacking his usual spark.

The one John heard at the Blinds. He wanted Will to let go and Jared to amp it up. He and Usher worked with these two until they brought out the beach in each of them, but there could only be one winner. They sang “Treat You Better” together and all the judges could talk about was Will. He hit the right note with this song. John naturally chose Will as the winner of this battle and sadly no one chose to steal Jared. Which made tonight his last night.

Next was Team Blake. He brought in Darius Rucker as his guest coach and together they worked on his team. It was first Marina Chello vs Ricky Duran. They were both very strong vocalists. They were the powerhouses on Blake’s team and that’s’ why he paired them together. He wanted to see who would come out on top. He also knew that the song “Valerie” would be perfect for both of their voices.

In practice, they were great with the song. It was a whole other story once they hit the stage because by then they had given a full concert. The audience loved and it went the same with the judges. Everyone also said that it was a tough battle. They had loved them both and so the judges were split on who to save. They gave Blake no help. He had to make this choice on his own and he ultimately saw more in Ricky.

But then he tried to use his Save on Marina. He wanted to keep them both and Kelly offered him a fight. She wanted Marina for her team. She was willing to use her Steal to get Marina and so it was like the Blinds all over again. Marina had to decide who she was going with. She thought about it and there really wasn’t a choice. Marina wanted to stick it out with Blake. He believed in her from the beginning and loyalty needed to be repaid

Kelly did her chance to shine however when her team went next. She brought in Normani to help
with her vocalists. Especially Jake Hoot and Steve Knill. Theirs was the country battle and they both had very different if not distinctive voices. One was an old-time country and the other was a more modern version of it. They sang “Always On My Mind” together and it had been one of the best renditions of this song.

The judges were in agreement on this one. They liked Steve and they loved Jake. Blake said that Jake had the right amount of nasally to his tone and the other judges all felt the same. They all thought Jake was the true start of this performance. Kelly didn’t even differ. She preferred Jake and she picked him as the winner of this battle. And that doesn’t mean this wasn’t a tough choice because it was.

Kelly hated it when she had to eliminate people. Making the Battles one of the toughest parts of this coemption for her. She had to make a choice between Brennan Lassiter and Grace Shriver. Then she had to choose in the Damali vs. Brooke Stephenson battle and again that was hard. She didn’t like what she had to do. If she could have taken everyone, she would have and she wouldn’t even be apologetic about it.

Kelly also wasn’t alone in trying to save everyone. The other judges struggled with the same choice and Gwen found particularly hard when it came to Royce Lovett and Kiara Brown. Luckily, she had Will.I.AM there for support. He saw the right problem right from the start and together they worked on Kiara finding her voice. She was being super polite and that song needed more than that. It needed her to demand attention.

The son was “Turn Your Lights Down Low” by Bob Marley. Both of the vocalists shared the same energy with the late great Marley, but Kiara was so afraid to shine that she held herself back. Gwen and Will.I.Am had to push and push until they got Kiara to where she needed to be. She was better by the next practice session and she was on fire for the real thing. Kelly preferred her to Royce while Blake preferred Royce to Kiara.

It was a neck and neck race. The one thing they all said, though, was that Kiara surprised them because she came out onstage with something to prove. They could all hear as well as feel it with Kiara. She was desperately fighting her corner and she could have won. Only Gwen remembered how much it took Kiara to get there and that’s probably why she went with Royce. Royce could tap into his onstage persona like no one’s business and he was going to need that with their next stage.

Thankfully, Kiara was still in demand. Kelly wanted to use her STEAL to get Kiara on her team because she said that Kiara was much better tonight than at her Blinds and yet Gwen wanted to use her Save. She wanted to keep Kiara with her. She also said that she wasn’t originally going to use her Save just then and that she sorta had to after everything they’d been through. And so Kiara ended up going with Kelly because she wanted Gwen to keep her Save for her original choice.

Matthew McQueen and Joana Martinez were the next battles. They were from Team Blake and both were shocked to see Darius Rucker. They practically worshipped him. He was such a huge force in the music industry that they took in everything he said. He told Joana she was losing control and so both Darius and Blake suggested that she took in deep breaths. They didn’t want her running out steam before it was over.

They also loved Matthew when he got lost in the song. He would get this raspy voice and it would make everyone turned towards him. It also helped that the song brought out the best in both of them. “High Hopes” was a tricky song. They each had to rise to the occasion just to match the song and so Blake made his choice based on potential. He thought Joana had plenty of it. She was fifteen and had an older woman’s voice. And so Blake chose her because of it easy.

Gwen’s Team went next. She paired off Kyndal Inskeep and James Violet and this pair frustrated Will more than anyone else. The two vocalists had come into practice unprepared. They were still reading their song after having it for two days and that was ridiculous. Artists would often have even less than that and yet they managed to pull off the song. And so why couldn’t Kyndall who struggled the most?

Another thing the advisor talked about was stage presence. Kyndal was another shy one who didn’t think she should power through the song because it might take away from someone else. So, her coach had to remind her that this was a competition. There wasn’t room to play nice and so Kyndal was told to bring out her nasty. She needed to compete if she wanted to win and she did, in fact, try to be what the coaches wanted her to be. She and James performed “I Could Use A Love Song” and they were both great with this song.

Gwen had loved Kyndal because there was no one else like her and so she picked her as the winner of the battle, but she wanted to use her Save on James and she was up against John who wanted to use his Steal for James.

And so James is going to make his choice tomorrow night!