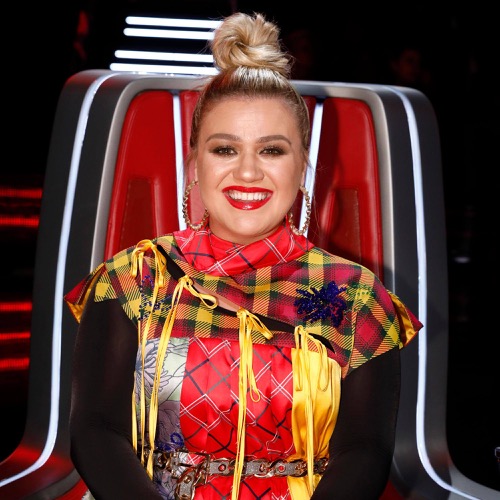 Tonight on NBC’s Emmy Award-winning musical competition The Voice airs with an all-new Tuesday, November 26, 2019, season 17 episode 20 “Live Top 11 Eliminations,” and we have your The Voice recap right below. On tonight’s The Voice season 17 episode 19, “In the live results show, nine artists will be revealed as safe by America’s votes.

The bottom two artists will then compete for the Instant Save and one will be eliminated. Kelly Clarkson, John Legend, Blake Shelton and Gwen Stefani star as the celebrity panel of coaches and Carson Daly (“TODAY Show”) hosts.”

Time for some results right from the beginning, the top eleven come out on stage. We are going to start with the first two artists who are safe; America saved from Team Blake, Ricky Duran and from Team Legend, Katie Kadan.

Now reigning champion voice coach just earned his thirty-first Grammy nomination, tonight he is taking the stage with his team and singing, “How Deep Is Your Love,” John Legend.

The remaining nine artists return to the stage. Joana says that this Voice experience has really helped her to grow and learn as an artist, and she is better for it. Time to hear the names of the next two artists who are safe, America has also decided to save from Team Gwen, Rose Short and from Team Kelly, Jake Hoot.

All four of the judges are represented to far in the top ten.

Fifteen years ago, one of our coaches made music history, she released her first album which went on to sell millions of albums worldwide and earn six Grammy nominations. Tonight she is celebrating by taking the Voice stage with some of your favorite songs from Love Angel Music Baby, Gwen Stefani.

Gwen is presented with a plaque from her team at Interscope Records to commemorate fifteen million in worldwide sales of Love Angel Music Baby.

The remaining seven artists are back upstage. America saved from Team Gwen, Joana Martinez and from Team Legend, Will Breman.

This coach just received a big Grammy nomination for Best Country Solo Performance. Tonight he is taking the stage for the first time with his team singing, “Taking Care Of Business,” Blake Shelton.

Shane Q and Myracle Holloway are in the bottom two.

Singing “Jealous,” for his last chance to stay in the competition, from Team Kelly, is Shane Q.

Coaches Comments: Blake: “Shane, it is a testament to how incredible the talent is this season that you are in this position, you are the best singer we have ever had in the completion. How can you be in the bottom two? Great job man.” Kelly: “I really hope America votes for you, you are a four-chairs turn In the Blinds, you are a gifted singer. I hope you go through, you just pulled out some stuff that you have never pulled out.”

Singing “You Are So Beautiful,” for her last chance to stay in the competition, from Team Gwen, Myracle Halloway.

Coaches Comments: Gwen: “It’s incredible to just watch you use your gift in front of everyone, be so calm and just so creative in everything you do. I hope America sees that you deserve to be here.”

Both artists are back on stage. America instantly saved Shane Q, he completes the top ten.

Myracle Halloway is leaving the competition.