The Young and the Restless Spoilers: Billy and Cane Fight For Love – Villy and Lane Comebacks Delight Y&R Fans 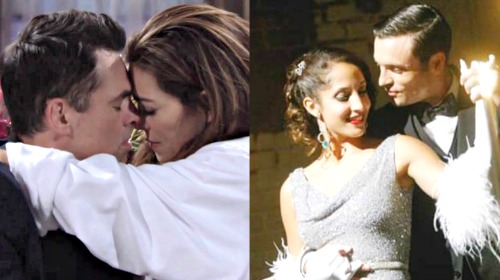 The Young and the Restless spoilers tease that Billy (Jason Thompson) and his detested (former) stepbrother, Cane (Daniel Goddard), are on the same side where one specific issue is concerned. They are both fighting with love in mind.

Vickie (Amelia Heinle) has seemingly swapped personalities with Billy, as she’s become the reckless one and he’s responsible. Without Billy what would have happened to Katie (Sienna Mercuri) and Johnny (Ryan and Holden Hare) these past many months?

Lily (Christel Khalil) and Cane have both been short-sighted before. They’ve made mistakes, but have found their way back to each other. This time feels different and is more serious than what Billy and Vickie are enduring because Lane is still married.

Billy has rightly been worried about the one true love of his life. He’s seen how the entire J.T. (Thad Luckinbill) matter has altered Victoria’s psyche. She’s off-kilter and looking to escape from her life. That’s why she flew off to Las Vegas, Nevada. In past days, Billy went there in order to gamble, This time, Vickie’s rolling the dice, choosing to believe that impulsiveness will somehow create forward momentum.

Cane told Michael (Christian Le Blanc) that he’ll fight for himself and Lily, in refusing to sign the divorce papers. Intriguingly, Y&R wrote the great Beth Maitland (Traci) into Lane’s evolving storyline. She’s linked to both Billy, through genetics, and to Lily, through Colleen (Tammin Sursok).

Traci might be able to serve as a bridge to get Lily and Cane talking again. There’s no doubt that the forthcoming Neil (Kristoff St. John) farewell episodes will break everyone’s hearts, on both sides of the screen. That event may also enable Lane’s healing.

Brandon (Mitch Eakins) has captured Vickie’s attention, for the moment. Whether Vickie rejects Billy’s latest reunion overture because of Y&R’s latest singer will soon be seen. Considering the musical angle, it’s reasonable to think that Brandon could remain on the show and become part of LP Streaming.

Khalil’s contract status is currently recurring. It could be that Lily does move out of town, but that Lane still survives. Here’s hoping.

Heinle isn’t known to be going anywhere. So Vickie’s keep of Billy as a fallback option will likely remain in place, no matter what develops with Brandon.

Will a sad series of songs be back-dropped while Vickie, Billy, Lily, and Cane go four separate ways? Let’s hope not, as Villy and Lane both deserve to make it, or make it back.