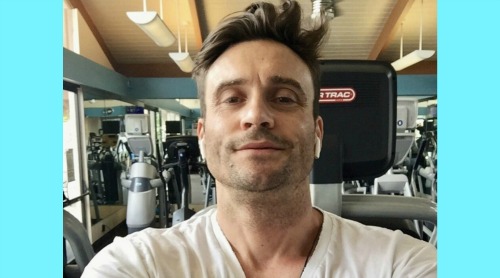 The Young and the Restless (Y&R) spoilers reveal that fans and cast members are speaking out about an upcoming exit. You may have heard that Daniel Goddard (Cane Ashby) was let go, so Cane will be leaving Genoa City behind soon enough. Goddard filled everyone in on his social media accounts, where he got some words of support from his costars.

Christel Khalil (Lily Winters) naturally wanted to chime in on this departure. She worked with Goddard as part of the “Lane” pairing for many years, so she sent him some love. “You, my fave tv hubby ever,” Khalil said. She included three broken heart emojis as well, which is how “Lane” fans are feeling right about now.

“Had no idea brother,” a stunned Jordi Vilasuso said. “You are missed and loved.” Loren Lott, who was also fired from The Young and the Restless earlier this year, voiced her support for Goddard. “They couldn’t keep the legacy going,” Lott said, adding an eyeroll emoji. “…ok. Well i love you and so does everybody else.” Tracey E. Bregman also sent her love to Goddard as he deals with this abrupt departure.

As for Y&R fans, there seems to be a mixed reaction. Loyal Cane supporters are crushed – and some of them have been complaining about the writers not coming up with any stories for Cane after Lily’s exit. Is that really true though? They at least tried a couple different stories that were ultimately dropped.

First, there was that brief attraction between Cane and Victoria Newman (Amelia Heinle). They shared some steamy kisses, but it never went beyond that. At the time, Goddard gave a rather revealing interview with Soap Opera Digest. When asked about being paired up with Heinle, his answer was…intriguing.

“I love working with Amelia! She’s just an incredibly good actress and that’s what I’m more interested in now, if I have to work with someone else because Christel is not available,” Goddard said. He went on to admit he didn’t like the idea of working with a new cast member. “I didn’t really want that,” Goddard said. “I wanted to work with someone where the storyline was already there…”

Goddard also assured “Lane” fans that it wasn’t over for Lily and Cane. He seemed very committed to preserving that pairing, but that was hard to do when Khalil didn’t want to return full-time. Cane was later paired up with Traci Abbott (Beth Maitland) for a love story that never took off. It’s worth mentioning that shortly after Cane and Traci’s first kiss, Goddard posted a Twitter message urging fans to retweet if they missed the “Lane” family.

There was certainly some Y&R buzz about Goddard not approving of the “Trane” storyline behind the scenes. Some fans are pointing to that as the reason they’re not too upset right now. “Should’ve embraced the story with iconic Beth Maitland,” one fan said. “Made his own bed. You hate to see it.” Another fan said bluntly, “I hope Beth Maitland gets his parking spot.”

Of course, there were definitely some devastated viewers, too. “I am so saddened and heartbroken I have loved every 13 years of you and will continue to love you wherever you go,” one Cane fan insisted. Another said, “So sorry to hear about this Daniel. I adore Cane so you will be missed.”

It’s with a heavy ❤️ that I share the news that I will no longer be part of the cast of the Young & the Restless. I’m as shocked & gutted as u r. I’m forever grateful for my 13yrs in the Y&R family but sadly it seems that without Neil & Lily… there just is no Cane. 💔 #yr pic.twitter.com/YwA0mmIC6u