BY hellodrdavis on July 23, 2019 | Comments: one comment
Related : Soap Opera, Spoiler, Television, The Young and the Restless 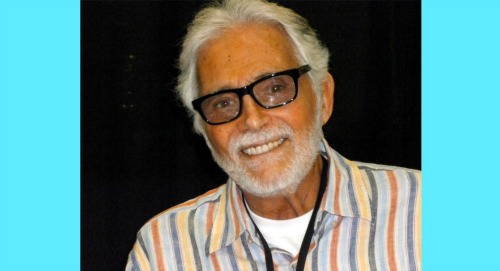 The Young and the Restless spoilers has some sad news to pass on about a Y&R star and veteran actor. David Hedison, who portrayed Arthur Hendricks on the CBS soap from January 2004 – November 2004, has passed away at the age of 92.

Long-time fans of Y&R will remember that Arthur Hendricks was a former judge and the father of Katherine Chancellor’s (Jeanne Cooper) son Tucker McCall (Stephen Nichols).

According to Variety, David died on July 18, 2019, and that he passed peacefully with his daughters by his side. The family put forth a touching statement saying, “Even in our deep sadness, we are comforted by the memory of our wonderful father. He loved us all dearly and expressed that love every day.”

They continued: “He was adored by so many, all of whom benefited from his warm ad generous heart. Our dad brought job and humor wherever he went and did so with great style.”

Chances are, you’ve seen David in one of his many film and TV roles throughout the years, even if you never saw him on The Young and the Restless. David portrayed CIA agent Felix Leiter in both the 1973 James Bond movie “Live and Let Die,” as well as in the 1989 movie “License to Kill.”

David also appeared in some earlier films, including “Son of Robin Hood” and in the original version of “The Fly,” which became a cult favorite. He also appeared as Captain Lee Crane in the TV series “Voyage to the Bottom of the Sea,” and also appeared on “Another World,” “The Colbys,” “Dynasty,” and “The Love Boat,” among other popular TV shows.

David was preceded in death by his wife Bridget and is survived by his daughters Serena and Alexandra.

Our sincerest condolences go out to David’s family at this time. Stay tuned to the CBS soap and don’t forget to check CDL often for the latest Young and the Restless spoilers, updates, and news.