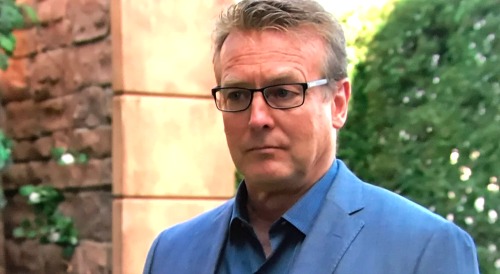 The Young and the Restless (Y&R) spoilers reveal that one CBS soap is dealing with a difficult loss. Y&R fans know Doug Davidson as Paul Williams in Genoa City. He’s a popular soap vet with plenty of social media followers, so he always keeps everyone in the loop.

On Instagram, Davidson posted a serene pic to go with some somber news. There’s been a death in his family, which is certainly heartbreaking to hear. Davidson said, “#father-in-law. May he Rest In Peace.” Losing a loved one is tough, so we’re all sending our support to Davidson and his family during this time of mourning.

It didn’t take fans long to chime in the comments with uplifting words. “Sending you a big hug,” one of them said. “My deepest condolences to you and your family.” Another commenter said, “So sorry for your loss. May your family find comfort and peace in the memories you hold in your heart. With sympathy and love.”

Davidson undoubtedly appreciates having a supportive fanbase, especially during rough moments like this. Sadly, this isn’t the only loss Davidson has faced over the past couple months. He also lost a beloved cat to cancer in June, and many of us know how pets can be an important part of the family. Let’s hope better days are headed Davidson’s way as his heart heals.

As for what’s next in Genoa City, The Young and the Restless spoilers say Adam Newman (Mark Grossman) will continue to make bold moves. So will Michael Baldwin (Christian LeBlanc), who’s cooking up a takedown plan for Adam. We’ve also got Billy Abbott (Jason Thompson) on the verge of violent revenge, and Chloe Mitchell’s (Elizabeth Hendrickson) return is coming up, too.

In other words, there should be plenty of police business for Paul to handle down the road! His next airdate will be September 10, so stay tuned for more Paul and GC drama. The Young and the Restless spoilers say some big surprises are in store. We’ll give you updates as other Y&R details emerge. Stick with the CBS soap and don’t forget to check CDL often for the latest Young and the Restless spoilers, updates and news.

#father-in-law. May he Rest In Peace