BY Olivia Marie on July 18, 2019 | Comments: one comment
Related : Soap Opera, Spoiler, Television, The Young and the Restless 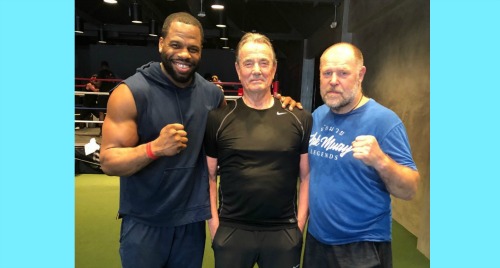 The Young and the Restless (Y&R) spoilers tease that Eric Braeden isn’t anywhere close to wanting to retire and this mean we should be seeing lots more of Victor Newman on the CBS soap. The actor has told his social media followers countless times that he doesn’t plan to ever retire, but this question keeps coming up.

The reason this is on fans’ minds is Victor Newman’s (Eric Braeden) current storyline in which he has a possibly fatal blood disease. Victor told his children this illness could possibly kill him.

Victor has been proactive in his medical care and he is looking for a cure. It led to Dr. Nate Hastings, Jr (Sean Dominic) suggesting an experimental treatment. At, first, the family was against it after hearing the side effects. But Victor decided that it is worth the risk.

Victor Newman’s Treatment Has Some Alarming Side Effects

The treatments seem to work for Victor, but they have caused some alarming side effects—memory loss and he’s easily upset. There was a scene at Society last week when he learned they didn’t serve his favorite brand of Tequila. Victoria Newman (Amelia Heinle) intervened and she let him know they will get his brand in and it will be okay.

The Young and the Restless spoilers state when even though it looks like Victor isn’t going to make it, the fans shouldn’t count him out. He will come out of this health crisis on top once again. The question is, will he suffer any permanent effects?

Braeden was asked how he felt about Victor’s current storyline. The Young and the Restless spoilers say that the actor replied that he is enjoying the story. He said that it is showing how vulnerable and mortal Victor is, especially at his advanced age.

Y&R fans can rest assured that Victor isn’t going anywhere. Braeden doesn’t plan on retiring anytime soon, possibly ever. In an earlier interview, Braeden said he would like to “go out” like Jeanne Cooper, who taped scenes just days before her death. He wants CBS to scramble on how to write him out. In his mind, retirement is not an option!

It sounds like Eric Braeden is certain that he doesn’t want to retire. Unless something happens that would force the issue, it looks like Victor Newman will be around for years to come. Don’t forget to come back to CDL later for more The Young and the Restless (Y&R) spoilers, news, and casting updates!