The Young and the Restless Spoilers: Eric Braeden Shares Sad News with Fans – Evacuates Home Due to Wildfire 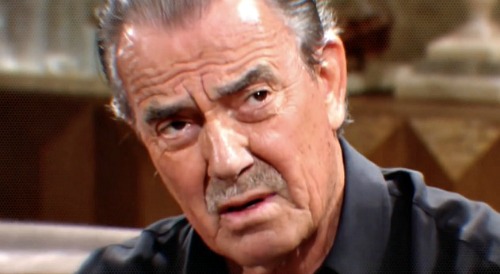 The Young and the Restless (Y&R) spoilers reveal that one CBS soap star recently shared some difficult news. Thanks to the troubling wildfires out in California, Eric Braeden (Victor Newman) has been battling concerns about his home. He recently tweeted about watering down the whole property and wishing he had a bigger hose to accomplish it. Braeden wanted to do everything he could to combat the flames that were inching closer.

However, safety has to be the priority. Braeden later posted a message about his evacuation, which was the right call since things could get dangerous. Even so, it was tough to leave knowing his house might not be there when he returns. Braeden tweeted, “Have evacuated our home! Kind of sad, because we don’t know if it’ll be around in a few days! Love you all! Be safe!”

It didn’t take long for fans to offer Braeden their support. “Sorry to hear this but not sorry you made the choice to put you and yours safety first,” one of Braeden’s followers said. “Hope you and your family will be spared from the fire,” another fan tweeted. “Sending hugs to all of you. I hope others in your evaluation area follow your lead and leave.”

One more Twitter user insisted, “Just keep you & your family safe! That’s the most important thing!! Prayers for your safety!” Again, staying safe is the right idea here. Braeden will undoubtedly pass along some updates once he’s able to return to the property. Let’s hope there’s no damage and he can get back to enjoying his personal life without all the worries.

As for what’s next on Y&R, The Young and the Restless spoilers say Victor Newman (Eric Braeden) has some surprises in store for his family – especially Adam Newman (Mark Grossman). Victor will be determined to make Adam part of the Newman clan again, but bringing the family together will be easier said than done!

Have evacuated our home! Kind of sad, because we don’t know if it’ll be around in a few days! Love you all! Be safe!

Doing the best! Watered down whole property! Wish I had a bigger hose !! pic.twitter.com/4OjUCPIus0