BY Sean O'Brien on April 5, 2019 | Comments: one comment
Related : Soap Opera, Spoiler, Television, The Young and the Restless 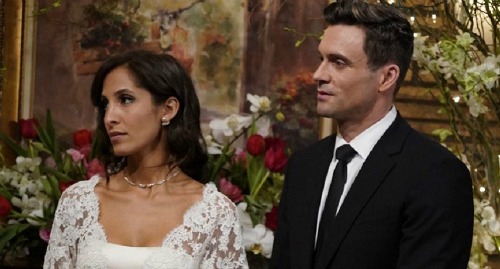 The Young and the Restless spoilers tease that Jill’s (Jess Walton) return to Genoa City for Neil Winter’s (Kristoff St. John) sure-to-be heartbreaking, sendoff storyline will also provide an opportunity. Lily (Christel Khalil) and Cane (Daniel Goddard) are on the verge of going their separate ways forever, which is where Jill’s presence could change Lane’s momentum.

Walton is a beloved figure on this iconic soap opera. Her alter ego is the modern link, along with Esther (Kate Linder), to Y&R’s greatest-ever legacy character, Katherine Chancellor (Jeanne Cooper).

Memories of Katherine are evoked, in part, because of the special episodes the show has created that will address Neil’s on-screen death. Then, Y&R will also fittingly honor, in a special episode, the life of St. John with many cast mates, including Walton, appearing.

As longtime viewers recall, Y&R addressed Cooper’s death in 2013, with a special storyline and also had current and former cast mates offering their as themselves reflections of Cooper through a special episode.

Billy’s (Jason Thompson) tattle to Lily, about Cane and Vickie’s (Amelia Heinle) kisses was questionable, at best. Billy’s step-sibling rivalry with Cane fueled his compel to tell Lily what he felt she needed to know. Jill’s son actually ratted Cane out because of his insecurities where Vickie was concerned, as he was trying to restore Villy at the time.

So, there was Lily. In the throes of the sentence struggle. Imprisoned, wrongly, according to many, for the accidental death of Hilary (Mishael Morgan) and Hevon’s unborn child. Struggling, but also helping her cell mates improve their lives, which was proving to be enough to get her through the abominable situation.

Khalil’s known, voluntary bump to recurring status last year created the Lily write-out. Whether the actor is open to returning for scenes beyond April’s end will be known as May’s episodes are watched. That career choice factors into what becomes of Lane, right?

The Billy-driven Vane reveal, which was needless, led to Lily’s divorce decision. Cane ripped the received legal papers in half and went to see his love a short while later. Lily was adamant about Lane ending.

Y&R certainly gave Lily her early release papers so she could be part of the special event that will honor Neil’s life. Along with that and Jill’s help, Lane can repair, or at least that’s what devoted fans of this longtime couple hope. Yes, there is a chance now.