BY Olivia Marie on May 18, 2019 | Comments: one comment
Related : Comings & Goings, Soap Opera, Spoiler, Television, The Young and the Restless 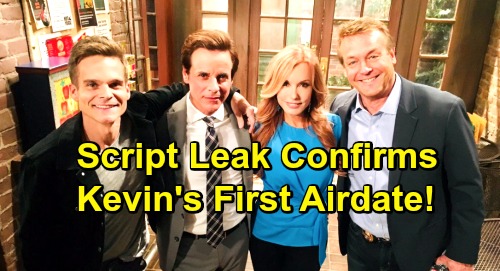 The Young and the Restless (Y&R) spoilers tease that Kevin Fisher (Greg Rikaart) will be arriving in Genoa City in a few weeks. Last month, Greg revealed that he would be soap hopping back to Y&R to reprise the role of Kevin. He couldn’t give his fan any details but teased that it is a good storyline.

The fans assumed that Greg’s returning storyline would align with Adam Newman’s (Mark Grossman) return. Kevin had a big part in helping Chloe Mitchell (Elizabeth Hendrickson) get away after blasting Adam to smithereens – or at least that’s what both Chloe and Kevin believed when they flew out of GC on Victor Newman’s (Eric Braeden) jet.

Much to their surprise, Adam didn’t die in that cabin explosion. Y&R spoilers state he was hurt and lost his memory, but against all odds, he survived it. 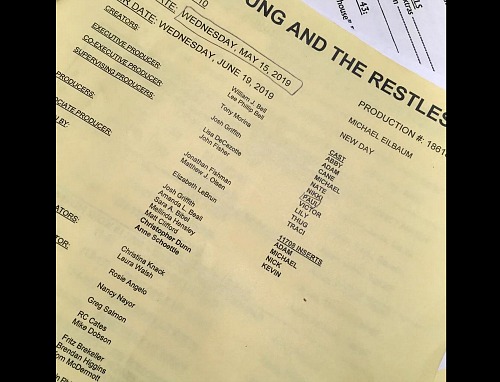 It seems like a given that when Michael Baldwin (Christian LeBlanc) heard Adam was alive, he probably called his brother, Kev to fill him in. Michael knows that Kevin has had his issues with Adam, and he wouldn’t want him to feel blindsided by Adam’s presence, should he pop in for a visit.

Until recently, no one knew when Kevin should show up in Genoa City. The best guess was in mid-June, based on the fact he was first seen on the Y&R set on Friday, May 10. But now we have an exact airdate date due to a script leak.

According to this inside scoop, Kevin’s first episode back will be on June 19. And, that’s not all either. It looks like this could be connected to Neil Winters’ (Kristoff St. John) will reading too, as Lily Winters (Christel Khalil) will also appear on the episode.

The leak doesn’t give any information on what Kevin’s returning storyline will be. Y&R spoilers suggest that he will return for a meaty storyline and he could be sticking around for quite a while.

Soap fans, are you excited about Kevin’s return to CBS? Don’t forget to come back to CDL later for more The Young and the Restless (Y&R) spoilers, news, and casting updates!