BY Kinsley Goldman on April 2, 2019 | Comments: one comment
Related : Soap Opera, Spoiler, Television, The Young and the Restless 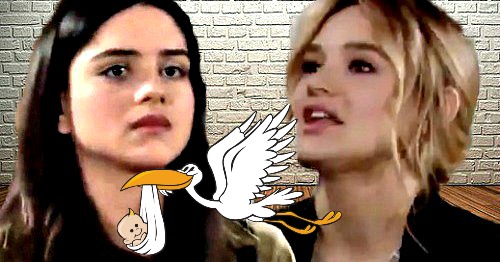 The Young and the Restless (Y&R) spoilers tease that Lola Rosales (Sasha Calle) may sabotage her recovery. Abby Newman’s (Melissa Ordway) got something to prove now that Arturo Rosales (Jason Canela) is out of her life. She must feel like a fool for trusting Arturo, so now she’s only trusting in her own ambition.

Abby wants the whole town to know she’s not a pushover, which is why she’s moving ahead with the restaurant ASAP. Of course, Lola is crucial to the restaurant’s success. She doesn’t want to let Abby or Devon Hamilton (Bryton James) down, but this could easily take a toll on her health.

However, Lola certainly doesn’t want to derail her own dreams either. This is her big shot, so she intends to take advantage of it. The Young and the Restless spoilers say Lola will hide her discomfort and move forward as planned. Unfortunately, it’s probably just a matter of time until a setback hits hard.

Will Lola collapse on the job? Will she have to be rushed to the hospital? Those seem like great options to bring some Y&R drama. Naturally, Kyle would go running to Lola’s bedside when he heard the news. Would another severe health crisis help Kyle see the light? It just might be enough to convince him Lola’s the one he has to be with.

Kyle made a deal with Summer, so he’s trying to honor it. We can respect that on some level, but Summer also did Kyle and Lola dirty! She shouldn’t have used her liver as leverage to get the romance she wanted. What kind of person is willing to let someone else die just to score a sham marriage?! Summer is a cruel schemer, so she’d deserve it if Kyle bailed on her – which is exactly what he might do.

The Young and the Restless spoilers say Kyle may drift back in Lola’s direction and break things off with Summer. She’d be heartbroken, but would that really be the end of it? Summer and Kyle slept together, so there’s always a chance she’s got a little Abbott bun in the oven. If Y&R takes the surprise pregnancy route, that could leave Kyle torn all over again.

It sounds like more complications are coming up for poor Kyle! We’ll give you updates as other Y&R details emerge. Stay tuned to the CBS soap and don’t forget to check CDL often for the latest Young and the Restless spoilers, updates, and news.