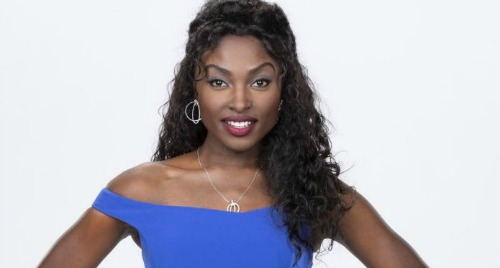 The Young and the Restless (Y&R) spoilers reveal that one CBS soap star passed along some bad news on social media. Y&R fans have noticed Ana Hamilton’s (Loren Lott) lack of airtime lately. She’s never really been given solid material during her stint on the show, so it’s not surprising to learn she’s been cut. Lott offered confirmation on her departure through a recent Instagram story.

Fortunately, Lott isn’t letting this setback get her down. She poked fun at what appears to have been her last episode, which she showed a few scenes from and commented on. Ana rushed out of town to be with her father, Jett Slade (Gilbert Glenn Brown), who got some testing done at the hospital due to his scratchy throat.

“I wanna be there about freakin’ nodules, ya’ll,” Lott joked. “Ain’t nobody gonna die.” Her response is hilarious and lines up with what most of us were already thinking! Lott also sang some lyrics about this being “the end of the road” and how “it’s so hard to say goodbye to yesterday.”

Lott eventually suggested she was an “emotional wreck” from reading supportive tweets, but she was thrilled to be enjoying a little family reunion. “I did not come to play with these woes; I came to slay,” Lott said at one point in her Instagram story. She seems to be taking the news well and who knows? Maybe Ana will resurface eventually.

Alas, The Young and the Restless has struggled to get a firm grip on this character. She was never given a proper love interest, which is honestly a quick way to get written out of a daytime drama. Love is what soaps are all about. Y&R viewers thought Ana and Fenmore “Fen” Baldwin (Zach Tinker) might get together, but that went nowhere and Fen was sent off on tour.

Furthermore, there have been so many bizarre choices regarding Ana’s career. She was highly skilled and deserved more responsibilities…then she was too green and needed party-boy Theo Vanderway (Tyler Johnson) as her babysitter. Ana produced a song she loved and fully approved for Tessa Porter (Cait Fairbanks)…then she changed it for no reason. She basically forced Tessa to quit…then she suddenly decided she could compromise. The Y&R writing was pretty all over the place.

Perhaps the strangest part of all this is that Lott was the first new cast member added to the show’s opening recently. Lott was excited about that, so it’s a shame to now hear she’s been let go. We never got a chance to learn much about Ana’s mysterious past or watch her find true love in Genoa City, so there were certainly some missed opportunities.

On the bright side, Lott is quite talented and is staying positive about the situation. She’ll undoubtedly remain a rising star somewhere, even though if it’s not in the soap world. The Young and the Restless spoilers say more drama’s ahead in Genoa City, so stay tuned.

We’ll give you updates as other Y&R details emerge. Stick with the CBS soap and don’t forget to check CDL often for the latest Young and the Restless spoilers, updates and news.

Update: Loren Lott has made her The Young and the Restless exit official – posting the video you see below saying a fond farewell to Y&R!

I’m going to need everyone to slow down. I was out of the loop today. WTF has YR done to our @lorensharice this beautiful lady is a gem. She’s a star in the making. We love you Loren & if speculation is true. We are with you no matter what. One of my fave ppl to ever meet. pic.twitter.com/nqHvqGbkXw