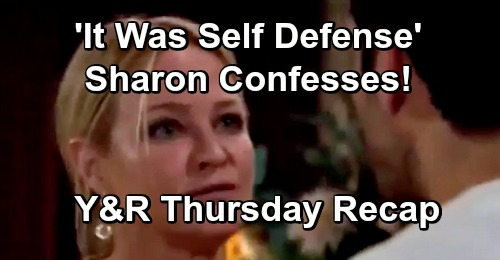 The Young and the Restless (Y&R) spoilers for the Thursday, February 14, tease that Sharon Newman (Sharon Case) will be on the hot seat. She’ll do her best to fib her way out of trouble, but Rey Rosales (Jordi Vilasuso) will want the truth about that 911 call. Rey will wonder if Sharon was actually behind it or if maybe someone else used her phone at the girls’ night party.

Sharon will sidestep Rey’s questions and remind him that he just declared love for her. She’ll suspect that may have been some sort of emotional manipulation tactic. Rey will insist that’s not true. His love is real, but so is J.T. Hellstrom’s (Thad Luckinbill) murder case. Rey will convince Sharon to go over her story one more time, so Y&R fans can expect some bombshells.

Sharon will note that Victoria Newman (Amelia Heinle) revealed J.T.’s abuse to the group. She’ll add that Victoria went upstairs soon after, so the wheels will start turning for Rey. He’ll assume Sharon saw J.T. at Victoria’s house that night.

Rey will contend that Nikki Newman (Melody Thomas Scott) needed help to bury J.T.’s corpse. He’ll think Sharon may be hiding Nick Newman’s (Joshua Morrow) involvement. The Young and the Restless spoilers say Sharon will ultimately blurt out that it was self-defense. Sharon will insist that “we” had no choice, so Rey’s sure to have more questions.

At Nick’s place, he’ll play strip trivia with Phyllis Summers (Gina Tognoni) and try to keep his mind off Nikki’s confession. When the game’s over, Nick will give Phyllis a sign from Pepe’s Roadhouse. That’s the name of the bar in New Mexico where they had their first wedding, so Phyllis will be moved. 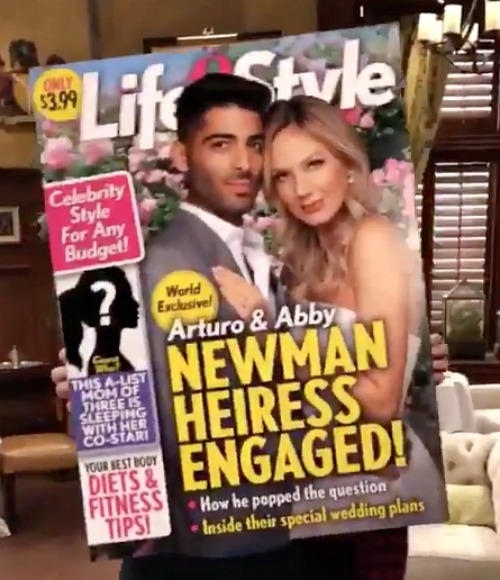 Over with Arturo Rosales (Jason Canela) and Mia Rosales (Noemi Gonzalez), they’ll play the blame game. Arturo will be appalled with Mia for calling out his name during sex with Rey. Mia, on the other hand, will point to Arturo and Abby Newman’s (Melissa Ordway) engagement photo spread as what started this mess.

At the Abbott cabin, Lola Rosales (Sasha Calle) will confront Kyle Abbott (Michael Mealor) about his kisses with Summer Newman (Hunter King). She’ll insist that she saw them and was right about Kyle only wanting sex. Kyle will deny it and maintain that Lola is the only woman he wants to be with. He’ll push Summer to back him up on the fact that they’re just friends.

Summer will argue that Lola won’t believe a word she says anyway. She’ll make matters worse for Kyle, who’ll be desperate try to fix things with Lola. Despite Kyle’s attempts to trash Summer and her agenda, Lola will wash her hands of him and take off.

That’ll leave Kyle to blast Summer for ruining everything. She’ll suggest he can’t admit he wants her, but Kyle will roar that all Summer does is hurt him. At the GCAC, Jack Abbott (Peter Bergman) will enjoy a slow dance with Kerry Johnson (Alice Hunter). He’ll give her the diamond bracelet he purchased and promise that a suite awaits them upstairs, but he’ll hint that he has another surprise first.

Mariah Copeland (Camryn Grimes) and Tessa Porter (Cait Fairbanks) will spend Valentine’s Day at the club as well, but Tessa will be a bit worried about Nikki’s confession. If this blows up, the blackmail drama could come out, too. However, Mariah will feel confident that Sharon and Tessa will be kept out of all this.

Next, Abby and Arturo will waltz in. When Arturo sees Mia there, he’ll want to waltz right back out! Unfortunately, Abby will insist on sticking around and that’s going to spark a huge fight soon enough. Arturo will fill Abby in on the argument he had with Mia earlier, so Abby will guzzle a drink and march over to set her enemy straight.