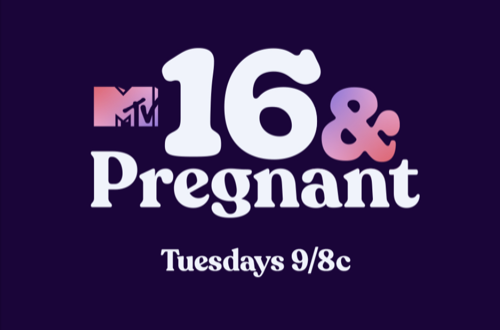 Tonight on MTV their reality show 16 & Pregnant premieres with an all-new Tuesday, October 6, 2020, new season and we have your 16 and pregnant recap below.  On tonight’s 16 and pregnant season 6 episode 1 as per the MTV synopsis, “This season will follow the unexpected teen pregnancy journey from multiple perspectives, not just from the mother’s.”

Tonight’s 16 & Pregnant episode is going to be exciting, and you won’t want to miss it. While you wait for our 16 and pregnant recap, check out all our television recap, spoilers, news and more, here!

Madisen is just 16 and pregnant living in Arkansas. Her boyfriend Christian is 18. She hasn’t seen her mom since she was 12. Her father, a trucker, has raised her alone with the help of his friends.

34 Weeks Pregnant – Madisen and her dad Nick talk about what the kids are saying at school. They think Christian will up and leave. Nick tells her to prove them wrong. They talk about how he hasn’t forced her to do anything but she did have options. She explains that those were not options she wanted.

Madisen heads into town to buy some things with her friend. They stop to talk about how she is no longer in school. She dropped out because they tried to send her to a new school for “bad kids.” She plans to get her GED.

Madisen meets up with Christian. He works on the road for weeks at a time and is excited to be home. They head to go bowling. They talk about being ready for the baby and who will support them. Right now they live apart. He lives with his brother.

Madisen and her dad head to Christian’s apartment to get his things. He is on the road and has been evicted. Madisen is stressed out. She had so much to deal with. Nick and Madisen live with his friend David’s parents. They have been staying their years after their house caught on fire. David’s parents are strict and will let Christian crash for a bit but they cannot share a room even if she is pregnant.

Madisen tells her dad on the porch that her mom has been texting. He warns her that her mom is a creature of habit.

37 Weeks Pregnant – The whole family heads to buy a tiny house they can put on David’s parents property. They find one and plan to make some renovations.

Back at home, Madisen cooks while David talks to Christian about being a dad. They all sit and eat after.

The tiny house is delivered. Christian and Madisen are very excited. They plan out the layout of the rooms. They head to the doctors for her 38-week appointment. Everything looks good.

Back at home, they get to work on the house. Nick gives them a lecture about being responsible, motivated, and mature. Madisen is mad that Christian has been hanging with his friends. They have a lot to get done.

Nick takes Madisen to the hospital as she is in labor. Christian and the other family members arrive. Madisen goes right into labor. Her dad comforts her while giving her privacy. Christian cries when their daughter is born. They name her Camille.

The next day, the whole family holds the baby during a visit. After, they head home. The tiny house isn’t ready and Madisen is tired. She feels like Christian isn’t helping. She is up all night. They get news of a virus that has hit the U.S. Filming is stopped. They film themselves.

After constantly being frustrated with one another, Christian tells Madisen he is going to leave. He moves in with a friend.

Madisen brings the baby to see him. They try to talk things out. She tells him she isn’t going to be in a bad relationship. After, she heads home to talk to her dad. He tells her she will be ok.

Madisen moves into her tiny house. Nick helps her. After, she visits with Christian. They are trying their best to co-parent.