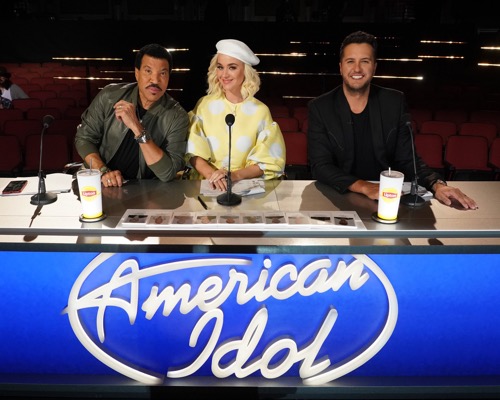 It’s another exciting night of American Idol on ABC tonight with an all-new Sunday, March 16, 2020, season 18 episode 6 called “Hollywood Week – Genre Challenge” and we have your weekly American Idol recap below. On tonight’s American Idol season 18 episode 5 as per the ABC synopsis, “The brand-new Hollywood Week ramps up with the Genre Challenge round where contestants select a specific genre they identify with to perform a song of their choice in front of the judges and fellow contestants, showcasing themselves as fully formed artists.

With unexpected surprises no one saw coming, fan favorites from auditions return to sing for their lives in hopes of making it through to the next never-before-seen challenge.”

It’s Hollywood Week! The judges use this time to prepare the contestants for the unexpected and one of those is going up against someone in the same genre. The contestants were all separated into genres. The first genre tonight was Singer/Songwriter. Everyone who identified as such had to perform again in front of the judges and this one was tough. There were a lot of great songwriters who were able to turn whatever song into their own. And then there was the one guy who everyone wanted to hear more from.

Arthur Gunn was an original. He was what all the contestants inspired to be and so the judges loved him. They voted to save him in the first round of eliminations. There were also a couple of returning faces. Two women that were there last year had come back and they were hoping to make it past Hollywood Week. But it all comes down to performance. Some of the contestants were great with their first performance and then were later lackluster when they came to Hollywood. Robert Taylor wasn’t one of those.

He gave a great second performance. He made like one mistake although it wasn’t enough to take away from the overall great performance and he made the cut during the second round of eliminations. Kay Genyse also had her second performance. She came onstage as her alter ego with a flower crown and bracelets. Her voice unfortunately just didn’t make the cut. She should have chosen a different song. She chose a ballad and her voice wasn’t cut out for it. Contestants needed to be smarter about their song selection.

Kay failed to make it the next round of cuts. She should have taken the time to reflect and instead, she cheered her own self up. She said she was still a star. She still thought her performance was good and so maybe rewatching this at home will give her the clarity she needs. Next up was Cyniah Elise. She came with a huge entourage for her audition back in Savannah and they were there to support her today. Cyniah had a great second performance. Her voice was strong and she stood out in the R&B genre.

Makayla Phillips was another one that chose a soulful voice. Her second performance was a little touch and go. There were some good bits and at the same time she had to over sing and yet the majority of it was good. The judges had enjoyed it. So, it’s up to whatever the judges were feeling at the moment. Just Sam performed next and now her performance wasn’t subjective. It was just good! Just Sam has an amazing performance and if nothing else she’ll remember coming out to Hollywood.

She got to fly for the first time. She was staying at a hotel. Just Sam was happy to have made it this far and her voice can go even further. She brought along her lucky box. Its what she uses when she performs in the subways and she brought it along so that it could help put her at ease. It must have worked because she gave an amazing performance and she survived the cuts in her genre. The genre that was probably doing the best out of tonight was Singer/Songwriter. They were the ones that inspired everyone else and so they were really doing their part.

Francisco Martin went next. He had been the one that was so nervous at his audition that he had been visibly shaking and so the first thing anyone asked him was if he was okay. Francisco doesn’t even know why he was shaking back then. He said in his mind he was calm and so he had no idea what the hell his body was doing. But he looked nervous again tonight. He was shaking even as he gave another stellar performance and so he needs to work on that. Johnny West also performed for the second time. He was good. He came to the show with his girlfriend and she was brutally honest with him.

She told him Hollywood Week was crazy. It helped Johnny prepare and his performance wasn’t lacking. Only the judges sometimes played games. They would have people step forward and would let them think they were going home when really they were staying. There was also the one time when everyone from the line made it through and Johnny, as well as Francisco, made it through their rounds. Johnny’s girlfriend Margie Mays would later perform. She performed in the Pop genre and she gave a good performance.

Nick Merico performed in the same set. He was another one that had made it through last season, but he had abandoned the show because he had needed to find himself and he came back to tougher criticism. He was basically told by Lionel that he didn’t like him. Lionel didn’t like his vibe and he didn’t think Nick was going to make through Hollywood. Some of what Lionel said hurt. Nick loves Lionel and so he had been thrown by the tough love. And yet he gave a much stronger performance tonight than his previous one.

Kimmy Gabriela also performed in this set. Her father was a singer and he was actually on an American Idol type show back in Puerto Rico. He managed to win his season. So, Kimmy came by her tremendous talent naturally. She was also on the nervous side and so she did make her song a little busier than usual and thankful it worked out for her. Kimmy, Nick, and Margie were the only three that made it through during their set. The competition was winding down and it was all about elimination after a while.

Next up was the Country genre. Lauren Mascitt was the first from the genre to perform and she was on her own this time. She wasn’t with her fiancé. Her fiancé was this huge songwriter and he was also very supportive. He was there for Lauren the first time around. He also let her shine on her the second time she gave it a go and she was still a great artist. She’s been doing this since she was young and it showed. Hannah Prestridge went next. She shared her story of going through addiction and having her husband there to support her. And she was another that performed as a pair the first time.

This time tonight was the first time the judges had seen her by herself and unfortunately she had a couple of misses. But the spirit was still there. That has to count for something and so the judges had a hard time telling anyone in Country “no”. The judges later end up sending everyone from the same line into the next round. This means Lauren, Hannah, and even Grace Leer all made it through. The next genre was Soul. Amber Fiedler was the first person from this genre to perform and she looked different.

She was pregnant the last time the judges saw her. Since then, she’s given birth to the baby and she’s put her up for adoption. Amber has been through a lot in the past three weeks. She probably was still healing and yet she came to Hollywood anyways. She gave a great performance and the judges gave her a standing ovation. The fact she was standing upright was simply a miracle. So, of course, the judges gave her a standing ovation. They later heard from Sophia Wackerman who decided to keep her very unique last name and she was another great performance. And so was Jovin Webb for that matter.

The Soul genre had some great singers. Doug Kiker performed and he had the audience in the corner from his first note, but it wasn’t perfect. It was in the wrong key. There was also Doug’s nerves to contend with. He was so nerves that he didn’t give his best performance and so sadly he was later cut from his set. Amber, Sophia, and Jovin meanwhile had made it through.

There were plenty of people that were cut down the line and its sad that not everyone can make it through, but they can always come back next year.