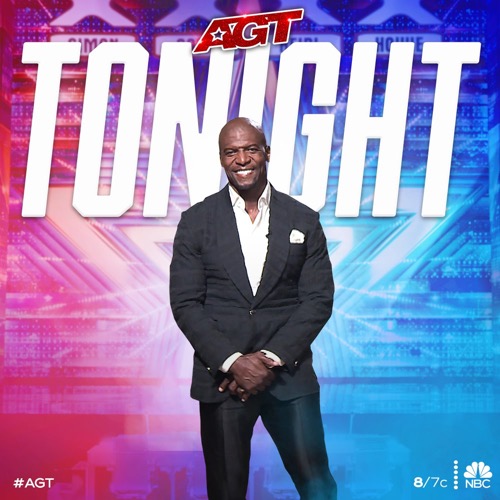 Tonight on NBC America’s Got Talent begins with an all-new Tuesday, August 4, 2020, episode and we have your America’s Got Talent recap below! On tonight’s AGT season 15 episode 10 “15th Anniversary Special″, as per the NBC synopsis, “Some of AGT’s most viral acts over the years, including winners Kodi Lee, Shin Lim, and Grace Vanderwaal, as well as AGT: The Champions winner V.Unbeatable and Season 13 performance troupe Zurcaroh, are featured in a celebratory retrospective.”

We turn back the clock to 15 years ago and see Regis Philbin on America’s Got Talent stage, then Jerry Springer, Nick Cannon to Terry Crews; this is the Anniversary special. AGT has seen five hosts, twelve judges, over two hundred thousand auditionees, and has earned over 15 billion online views worldwide. Tonight, they will reveal the top 15 most viral moments in AGT history. First, we go back to where it all began. Simon says the pilot was terrible, but it was a great notion. Howie says this show has revolved more than any other. Heidi says it is a monster of a show. Along the way, the golden buzzer arrived and it’s great to see the looks on people’s faces, there hopes and dreams come true when the judge hits the button.

We go back to #15, with 111 million views, its Special Head, a monk who levitates and shocks the world.

#14 is Light Balance, with 119 million views, a Ukrainian LED dance troupe. This group was so extraordinary that the golden buzzer was hit for them and they ended up on a Superbowl half-time show.

#13 is V. Unbeatable with 120 million views, an acrobatic dance crew from Mumbai, India. Howie has never seen an act like this and says he doubts he never will. Sofia says they came from nothing and their lives have changed. They have become a brand name, they are doing a movie and they travel all over the world now.

#12 is Shin Lim with 121 million views, he Is a card magician who won season 13, headlined a show in Vegas, returned for AGT Champions and won, to be named Best In The World. He has done tricks with cards that nobody has seen before, totally another level.

#11 is Aaron Crow with 147 million views, he is a Belgian mentalist, magician and danger-act who brings audiences to the edge of their seats. Probably the most shocking is when he slived a pineapple off Howie’s head, blindfolded.

#10 is Tyler Butler Figueroa with 149 million views, he is an eleven-year-old violinist who was bullied at school for having cancer and almost dying. Simon hit the golden buzzer, he didn’t even think of it, it was just like his hand was doing it. Sofia says that Tyler deserved that moment. Simon says he has become close to Tyler and his family over the years and he is truly inspirational.

#9 is Celine Tam with 159 million views and nine years, she is a singer from Hong Kong. She has a big voice for her age, she was named after Celine Dion and sings, “My Heart Will Go On.”

#8 is Men with Pans with 231 million views, a shock comedy duo (Kevin Brooking and Colm O’Grady). Simon couldn’t help himself, he gave them a red X buzzer.

#7 is Tape Face with 247 million views, a mime from New Zealand, who Simon says falls under the stupid good category and really made him laugh. What he does is so simple, but so clever.

#6 is Grace Vanderwaal with over 260 million views, she sings an original song and plays the ukelele. Simon compares her audition to the first time he saw Carrie Underwood. Howie was completely blown away by her audition, he hit the golden buzzer. She won her season and said she was going to make a donation with her winnings, and build two treehouses, one for her and one for her sister.

#5 is Angelica Hale with 296 million views, a child singer, she sings, “This Girl Is On Fire.” Angelica has had a hard life, she was placed in a medically-induced coma after contracting bacterial pneumonia and was in the hospital 80 days to recover. Guest judge, Chris Hardwick hits the golden buzzer for her.

#4 is Courtney Hadwin with 310 million views, she almost didn’t go up on stage because she was so nervous. Howie was so impressed that he hit the golden buzzer for her. Simon wishes that he had done it and was upset at Howie for doing it. She is described as having an exceptional talent with a voice and spirit well beyond her years.