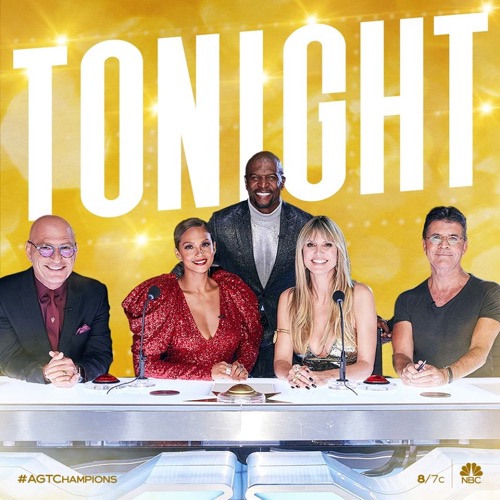 After months if not years of planning, the final ten acts had to give it there all for their chance at the crown.

It was the best of the best or nothing. Up first was Alexa Lauenburger. She was a winner of “Germany’s Got Talent” and she has the Dog Tricks Act. It was fun to watch. It also very heartwarming because anyone could see how much she loves her dogs and those dogs loved her in return. It was a sweet act. It got the crowd laughing and most of the judges loved it as well. Simon was the only party-pooper. He said the act wasn’t inspiring and that Alexa might have just lost with her act. And so he was promptly booed for what he said.

Next up was Duo Transcend. They were a Trapeze Duo and they had been finalists on their season of “America’s Got Talent”. They were also remembered because one of their stunts had failed. She had dropped from the ceiling and she almost hurt herself. Thankfully, she was able to get back up again. She and her husband were also still using blindfolds. They brought them back tonight and luckily for them their death-defying stunts hadn’t ended in injury. They instead put on quite a show. The audience had been loving it and the judges all gave them a standing ovation.

Howie wasn’t as ecstatic about it like everyone else, but it was still a great act and so the superfans better be paying attention. Next up was Angelina Jordan. She was a singer and she won her season of “Norway’s Got Talent”. She also received Heidi’s Golden Buzzer on this season of Champions. She performed Elton John’s “Goodbye Yellow Brick Road” for tonight and it was one of the best covers of this song out there. She was another one that received a standing ovation from the judges and so that could only mean great things for Angelina.

Boogie Storm went next. They were a Dance Group and they were finalists on their season of “Britain’s Got Talent”. They also have the world’s biggest fan in Simon Cowell. He gave them a Golden Buzzer even when it wasn’t his turn and they used his son Eric in a video for tonight. They had been their usual silly selves. They got everyone smiling and most of everyone loved them for that. This time it was Howie that was the party-pooper. He didn’t like the dancing or the message and so he craped all a great performance by pressing the reject button. And like last time, Simon still loves them.

Silhouettes went next. They were a Silhouette Dance Group and they were also finalists on their season of “America’s Got Talent”. Since then, they’ve gotten better at dancing and they won a Golden Buzzer from Alesha on this season of Champions. They were back tonight to show how far they’ve come and they did dancing that Howie appreciates. There was actually messaging in their dancing. They told a story about a family being evicted and needing some help. The story was so sad that it moved people to tears and so the audience loved it. And the one person that didn’t like it as much as before was Simon.

Simon didn’t think tonight topped their previous performance about dogs. Then again Simon also loved Boogie Storm for no other reason than them being stormtroopers and so his fellow judges did their best to teach him about kindness. They reminded him of that for this next act. Hans went next.
He was a Singer, Accordionist & Dancer. He also was a quarter-finalist on his season of America’s Got Talent and so he was back to bring the glitter. Hans was a riot on stage. He was amazing to watch and sure Simon pressed the reject button. Sim got booed for it and Hans remained his fabulous self the whole time.

Next up was Tyler Butler-Figueroa. He was a Violinist and he was a finalist on his season of “America’s Got Talent”. He had taken up the violin because at the time he wanted to be known for more than just cancer and now he was known as the violinist who was all heart. His usual acts are upbeat and fast and so tonight was different because he stripped down an iconic song to do a violin version. It was a risk and it paid off. The judges and the audience both loved his act tonight and the fact he took a risk at all had helped to stand out in a crowd.

V. Unbeatable went next. They were another dance group and they were finalists on their season of “America’s Got Talent”. They also won the Golden Buzzer from Howie on this season of Champions. The dance group was all from India and there was currently a film in the making about them. While that film will show the amazing resilience of V. Unbeatable, there was nothing like watching them in action. They did these rare stunts that took everyone by surprise and they always energized the crowd.

V. Unbeatable was great to watch. The only other act that could top them was Marcelito Pomoy. He was a Falsetto Singer from the Philippines and he won his season of “Philippines Got Talent”. He wowed everyone by singing a duet with himself and he pulled it out again when he sang “Beauty & the Beast”. The only one that didn’t seem to care for it was Simon because Simon didn’t think he took any risks with his song selection or his falsetto. And frankly, the man is known for his falsetto, what did Simon think he was going to do?

Sandou Trio Russian Bar went last. The Acrobats were semi-finalists on their season of “America’s Got Talent” and they came back to redeem themselves. They had lost their season because at the last minute they changed up their formats and weren’t even acrobats anymore, but they’ve learned from that lesson and so far they were proving to be acrobats again. They were great earlier this year and they added wow factor for tonight by bringing fire and spikes. And so everyone was just amazed the woman didn’t die.

Each act tonight had been wonderful in its own way and so it was going to be hard for the superfans to choose just one.