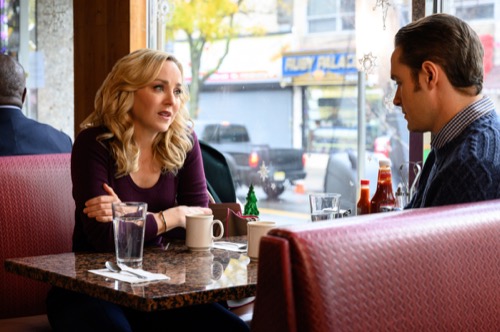 Tonight on CBS their drama Bull inspired by Dr. Phil McGraw airs with an all-new January 6, 2020, episode and we have your Bull recap below.  On tonight’s Bull season 4 episode 11 Winter Premiere called, “Look Back In Anger,” as per the CBS synopsis, “Bull looks to select jurors who can empathize with an individual’s need for personal privacy when he helps Marissa’s friend, Stephen, sue a notable philanthropic businessman for abusing him as a child.”

A man named Steven goes to see his brother Ryan at his apartment. Ryan is in a bathtub, dead after suicide.

Steven, who knows Marissa, asks for a meeting with Bull and Benny. His brother was molested when they were younger at a summer camp run by a very well known, wealthy man. They don’t know what to do since his brother waited 10 years to report it and how he is deceased. Steven admits he was also abused.

Steven meets with Bull the next day to prepare for trial. He uncomfortably details how he was abused. How he was singled out by a man who was once like him, poor and now rich, cool and older. He was abused first and never said a word to his mother who allowed his brother to go there too.

The team gets to work interviewing people who went to the camp. They locate one man who wants to talk to them and that is all because the wealthy molester changed employees each season for the camp.

The case goes to court. They try to show that Steven is gunning for money for a business matter. They introduce evidence of an email in regards to a business matter where Steven doesn’t get approval for a loan but guarantees he can get the money.

The team meets with a man named Allen who also went to the camp and shares that Maybrook molested him too by getting him high and drunk. Allen doesn’t think he can share out loud in court what happened. He backs out, ruining their case.

The next day in court, Maybrook takes the stand to paint himself a nice guy.

Benny interjects. This isn’t dinner or a testimonial on how great Maybrook is. The judge agrees. Maybrook shares that Steven is lying. He was in Dublin on one of the occasions that Steven says he was molested. The courtroom goes silent. The jury seems to appeal to Maybrook, thinking Steven is a liar.

Marissa meets with Steven and consoles him. They have asked for a continuance. Bull has secured a child psychologist to show the jury that Steven is telling the truth but due to what happened may have had a lapse in memory. He may also have PTSD. Benny tells him that isn’t enough. Maybrook has a huge witness list that is going to make look great.

Bull heads out in search of Peter’s old assistant Lydia who isn’t on the list. She shares that she doesn’t know for sure but she did find loving pictures of many boys in his black room when they closed up the camp. Bull calls Steven who admits that Ryan stole some of Maybrook’s cameras when he was older.

Benny introduces several cameras into evidence and shows a slideshow of Maybrook being inappropriate with several boys. The court and jury are disgusted. Steven cries. The jury turns green. They find Maybrook guilty and award Steven and the other victims of millions.