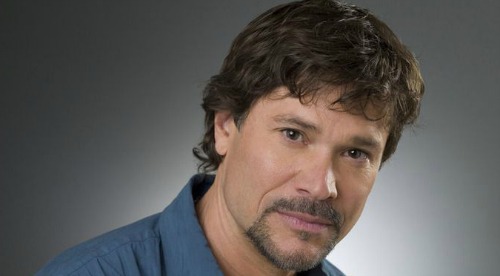 Days of Our Lives (DOOL) spoilers reveal that there’s a glaring flaw in the Princess Gina Von Amberg aka Hope Brady (Kristian Alfonso) storyline. Princess Gina does a decent job of pretending to be Hope, but her behavior has still been pretty wild. It’s true that a few people have started to notice and are growing increasingly concerned, but shouldn’t they have figured this out by now?

This story just serves as further proof of why Bo Brady (Peter Reckell) is needed back in Salem!

Princess Gina has been masquerading as Hope for well over a year due to the time jump. In all that time, shouldn’t the clues have started coming together? In light of Princess Gina’s history with several Salemites, you’d think they would’ve figured this mess out months ago.

It’s bizarre that other characters are just now realizing something may be seriously off here – and no one’s even considering the idea that she could somehow be Princess Gina. Of course, Hope isn’t the actual Princess Gina; she just had Princess Gina’s memories implanted. Even so, you’d think a smart super sleuth like John Black (Drake Hogestyn) would’ve picked up on some hints.

Days of Our Lives spoilers say Shawn Brady (Brandon Beemer) is headed back to town soon, and he’ll thankfully help Rafe Hernandez (Galen Gering) start putting the puzzle pieces together. However, there’s one person who absolutely would’ve learned the truth long before now – at least if he’d been around.

Bo would’ve noticed the changes in “Hope” immediately and sought answers. It’s safe to say Bo would’ve figured out something was off with “Steve Johnson” aka Stefano DiMera (Stephen Nichols), too.

John’s just going about his business like “Steve” is his usual best bud, but “Steve” clearly isn’t acting like himself. The man has an accent! Jack Deveraux (Matthew Ashford) and Kayla Brady (Mary Beth Evans) have thankfully acknowledged that “Steve” is acting weird, but Bo would’ve been first in line to do something about it if he were alive.

There are currently no known plans to bring Bo back on canvas, but Days of Our Lives could definitely use him. Stories like this serve as a reminder of why Bo’s return would be welcomed by many fans.

Would you like to see Bo back in Salem? We’ll give you updates as other Days news comes in. Stay tuned to DOOL and don’t forget to check CDL often for the latest Days of Our Lives spoilers, updates and news.