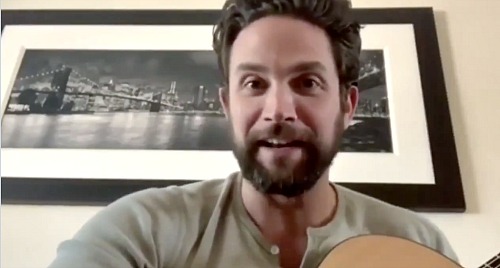 Days of Our Lives (DOOL) spoilers reveal that one NBC soap star is celebrating her costar’s return. It’s no secret that Brandon Barash is headed back to Days soon. Ever since Barash departed the role of Stefan O. DiMera, Camila Banus (Gabi Hernandez) has spoken out in support of Barash’s comeback.

In a special video on the DOOL app, Barash sang a song to get fans hyped up. It was all about “Stefan O.” and his story – including getting shot in the throat and forcing Gabi to grieve. At the end of the song, Barash pointed out that he’d be back on our screens starting April 23.

We should also mention that Stefan will be going by another name when he first appears again. However, there are some huge clues that this is indeed Stefan. It just may take some time for Days of Our Lives to reveal that. 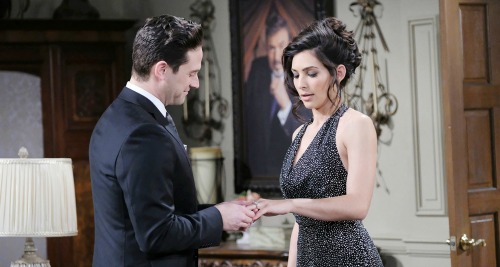 Barash’s “Stefan O.” song is a great hint for starters! We also know Stefan’s mom, Vivian Alamain (Louise Sorel), is returning to DOOL. Plus, Banus has liked plenty of tweets about Stefan in particular and his relationship with Gabi. That was the big draw in bringing Barash back – giving “Stabi” fans the reunion they deserved.

Stefan and Gabi’s romance was cut far too short, so this is an opportunity for Days to make it right. Banus is certainly eager for viewers to see this reconnection. On Twitter, Banus shared Barash’s singing video and offered high praise for her costar.

The tweet said, “YOU CAN BET ALL THE SANDS IN YOUR HOURGLASS!!! This is everything I needed today!!!! #stabi #stabilove @BrandonBarash you are my hero, noooowwww let’s get a version in French !”

It’s nice to see Banus spreading the news and promoting Barash’s comeback. Banus is definitely a huge fan of the “Stabi” pairing – and her use of hashtags serves as further proof that it’s really Stefan. Keep in mind that Banus and Barash have filmed a ton of material that fans aren’t privy to yet.

It’s common for someone on a soap to come back from the dead with amnesia and a new name. Even if amnesia isn’t involved, Stefan may have taken on a new identity for some reason. Regardless, Days of Our Lives spoilers say Gabi will soon suspect Stefan could still be alive. Her suspicions could be another clue about Stefan being the real deal.

No matter what revelations are brewing and how long they might take to play out, it’ll be fun to see Brandon Barash back on Days! As other updates roll in, we’ll have other exciting DOOL details for you. CDL’s the place to be for hot Days of Our Lives spoilers, updates and news.

YOU CAN BET ALL THE SANDS IN YOUR HOURGLASS!!! This is everything I needed today!!!! #stabi #stabilove @BrandonBarash you are my hero, noooowwww let’s get a version in French ! 👏👏👏👏👏👏👏 https://t.co/iYI3vJiep3