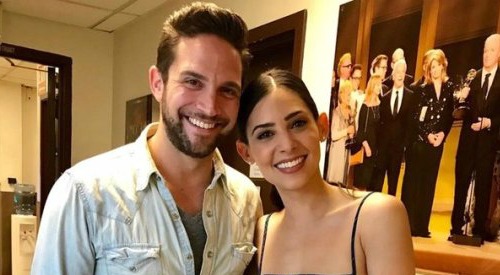 Days of Our Lives (DOOL) spoilers tease that Gabi DiMera (Camila Banus) will see a face she’d never thought she’d see standing in front of her again. Although Gabi caught a glimpse of Stefan DiMera’s (Brandon Barash) reflection, that’s something that can be explained away. There’s a good chance Will Horton (Chandler Massey) will argue it was all Gabi’s head when he gets updates.

Gabi also momentarily thought Li Shin (Remington Hoffman) was Stefan from the back, so she’s had her late husband on her mind a lot lately. Will can assure Gabi that it’s perfectly normal for someone who’s grieving. Since Gabi was so caught up in her revenge plot on Lani Price (Sal Stowers), she never focused much on mourning her loss.

Then, Gabi found love with Eli Grant (Lamon Archey) – although it wasn’t the same kind of love Gabi had with Stefan. Gabi was able to mask her pain anyway, but now reality’s setting in. She’s starting to realize this is a permanently Stefan-free world…or is it?

Days of Our Lives spoilers say there’ll be no denying what’s in front of Gabi soon enough. Gabi will encounter a man who looks exactly like Stefan, so she’ll wonder how this is even possible. Has Gabi’s true love really come back to her somehow? 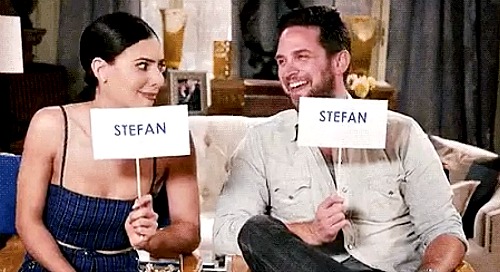 A stunned Gabi will be so overwhelmed that she loses consciousness. After Gabi faints and ultimately awakens, she should launch a grilling session. Days spoilers say Gabi will sit up, grip her head and wonder what the heck’s going on.

It’ll be interesting to see how DOOL plays this first interaction. Gabi might fly into a rage thinking it’s some sort of sick and twisted joke. Then again, Gabi might get swept up in her assumption that it’s Stefan and ask where he’s been all this time. Mrs. DiMera’s going to demand some answers!

Gabi has a feisty personality and often lashed out at Stefan, so she may do the same here – just because she’ll be in such a hyped-up state of mind. Of course, this won’t be Stefan at this point in the story. Days spoilers say this lookalike will insist he’s Jake Lambert, but how will Gabi react to that news?

Gabi may accept Jake’s claims on some level, but another part of her may think this is just all too bizarre. You can bet Gabi will remain drawn to Jake no matter who he is. It seems likely Jake will be revealed as Stefan in the end, but it may take some work to figure out the truth.