Days of Our Lives Spoilers: Ciara Alive or Dead, When Will Ben’s Wife Return – What’s the Truth?

Days of Our Lives (DOOL) spoilers tease that with Ciara Weston (Victoria Konefal) still missing, many fans are eager to learn her fate. Due to Ben Weston’s (Robert Scott Wilson) programming, he felt a deep desire to strangle Ciara.

Ben’s a mess since he can’t remember their final moments together, but is Ciara alive or dead? When will Ben’s wife return? What’s the truth? Luckily, we’ve got some answers.

Hope Brady (Kristian Alfonso) can’t bear the thought of losing another child, so she’s clinging to hope that Ciara will be OK. The good news is Ciara’s alive. The bad news is her life’s still in danger!

Eve doesn’t know where Vincent is, so he seems to have gone rogue. On September 2, Days of Our Lives spoilers say Ciara’s fate will be cleared up. DOOL will show us the rest of the story, so viewers will see what happened at the point where Ben’s memory is blocked.

Vincent had a showdown with Ciara before snatching her. It’s possible Vincent injected Ciara with something so she’d lose consciousness. Then again, maybe Vincent just pointed out that Ciara had two choices: go with him and potentially have her life spared or stay there and die at her husband’s hands.

Ciara might’ve wondered why she should trust Vincent, but he was holding all the cards. Anything was better than sticking around to get murdered by Ben, so Ciara had no choice but to go. Days will reveal all the detail in some fake flashbacks, but we’ll also see where Ciara is now. 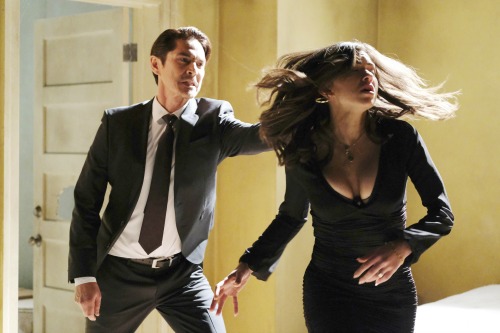 It seems likely Ciara will be in restraints or at least thrown in a locked room. Ciara will be Vincent’s hostage – and perhaps her test subject, too. Since Vincent is Dr. Wilhelm Rolf’s (William Utay) protégé and an evil genius, he may have some scary plans!

Vincent will make a startling confession to Ciara while she’s in captivity, so that could involve the terrible things he has in mind.

Whatever the case, Ben will get some help with memory retrieval next week. Days of Our Lives spoilers say Ben will recall something crucial after meeting with Marlena Evans (Deidre Hall).

That should put Ben on the right track. Ben, Hope and Shawn Brady (Brandon Beemer) will all be part of this desperate team effort, so this is all building to an epic climax – one where Ciara’s hopefully found.

Of course, Victoria Konefal’s exit is still on the horizon, but it looks like “Cin” fans will get closure before that happens. We’ll provide updates as other Days details come in. DOOL has some exciting twists and turns ahead, so stay tuned.

CDL will have tons of other sizzling Days of Our Lives spoilers, updates and news to read up on, so stick with us for more info.