BY hellodrdavis on May 29, 2020 | Comments: Leave Comments
Related : Days of Our Lives, Soap Opera, Spoiler, Television 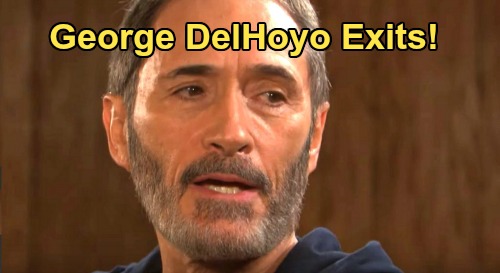 Days of Our Lives (DOOL) spoilers tease that one DOOL villain’s run will soon come to an end. As DOOL viewers know, Orpheus (George DelHoyo) has caused a considerable amount of turmoil since he returned to Salem for his most recent stint. Long-time viewers will remember that Orpheus first appeared on the DOOL scene back in 1986, then resurfaced in 2016.

Orpheus and his kids’ run in Salem this past year has been quite disruptive to the good people of Salem. Orpheus and his son Evan Frears aka Christian Maddox (Brock Kelly) were responsible for the Mother’s Day accident that claimed the lives of Adrienne Kiriakis (Judi Evans) and Sarah Horton’s (Linsey Godfrey) baby, and they’ve done much more than that.

Orpheus has caused all sorts of turmoil for John Black (Drake Hogestyn) and Marlena Evans (Deidre Hall) after he kidnapped John and David Ridgeway (Kyler Ends). And Orpheus and his family have caused nothing but problems for Rafe Hernandez (Galen Gering), who just wants to be David’s father. But now Orpheus’ daughter Zoey Burge (Alyshia Osche) is threatening to get custody of the little boy.

Well, Orpheus is set to exit canvas soon, with his final airdate being Thursday, June 4th. It’s unclear exactly how Orpheus will exit, but it’s likely that he could wind up going to prison for a very long time. Now that it has been revealed that Orpheus was responsible for Adrienne and Mackenzie “Mickey” Horton’s death, Justin Kiriakis (Wally Kurth) is ready to throw the book at him.

Plus, Orpheus is already in custody for kidnapping, so it seems likely that he could quietly go off to prison alongside Evan. That would leave Zoey on the outside to potentially do her father’s bidding if she doesn’t ultimately turn against him. Days of Our Lives spoilers indicate that Zoey will go forward in her custody suit against Rafe, as she tries to become David’s legal guardian.

Of course, given that this is Orpheus that we’re talking about, he could always end up skating on the charges against him. As DOOL viewers will remember, Orpheus has connections in the ISA, and he could get someone to pull some strings for him, so we could conceivably see Orpheus leave Salem a free man. Or. he could simply escape custody, which might be the more likely option at this point.

Another possibility is that Orpheus could die somehow. DOOL spoilers indicate that there will be a funeral this summer, although a funeral for Orpheus seems a little far-fetched, given that there’s really nobody other than Zoey and Evan who might mourn him, and even that is a bit iffy. Still, it could be one of those situations where Orpheus dies, and his enemies all show up to the funeral to make sure he’s really in the coffin.

At any rate, the fact remains that Orpheus’ run on Days is coming to an end on Thursday, June 4th. But will he return down the road? Knowing Orpheus, it’s always a possibility, even if he seems to die! Stay tuned to the NBC soap and keep CDL at the ready for all of your DOOL spoilers, news, and daily recaps.