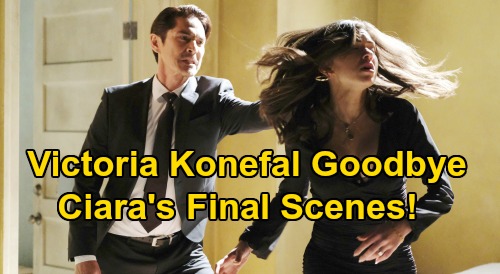 Days of Our Lives (DOOL) spoilers tease that the week of August 31 is shaping up to be an exciting one. Although viewers might have thought they saw the last of Ciara Weston (Victoria Konefal) in her terrifying scenes with Ben Weston (Robert Scott Wilson) in the abandoned dorm room last week, DOOL spoilers say that Ciara will have a few more scenes before she goes off canvas for good.

Days of Our Lives spoilers: Ciara’s Fate Is Revealed

It seems that Eve Donovan’s (Kassie DePaiva) henchman Vincent (Michael Teh) will have played a big role in what went down in that dorm room when Ben was set on murdering Ciara.

In fact, the spoiler picture clearly shows Vincent attempting to apprehend Ciara as she’s running from him, and this all takes place in the dorm room after Ben punched a hole through the door and was about to kill Ciara.

It looks like Vincent will have intervened in Ben’s attack on Ciara. Of course, if Vincent had burst in the room during the attack, then he probably would have just been able to calmly instruct Ben to quit.

It will be interesting to see what purpose Vincent has for saving Ciara. Vincent might want Caira as a test subject for his experiments, much in the way that his mentor Wilhelm Rolf (William Utay) experimented on people by giving them serums and the like over the years.

Might Ciara go off with Vincent as an unwilling hostage, perhaps to protect Ben? DOOL viewers will have to wait to see! 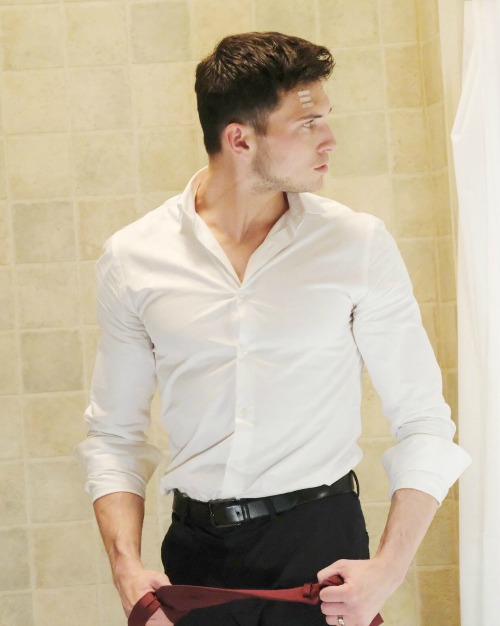 Days of Our Lives spoilers: Ben Recalls A Key Piece Of Information

DOOL spoilers say that Ben, Hope Brady (Kristian Alfonso), and Shawn Brady (Brandon Beemer) will be on the case trying to figure out what happened to Ciara and where she might be.

Of course, the good news is that there won’t be any physical evidence that Ciara was hurt or killed at the scene. But the bad news will be that Ciara’s missing, and Ben is going to worry that perhaps he did something with Ciara and doesn’t remember it.

According to Days of Our Lives spoilers, Marlena Evans (Deidre Hall) will step in and help Ben to recover his memories. Ben will need some deprogramming as well, and Marlena will probably be able to help with that, too.

By week’s end, Ben will have remembered a key detail, but at this point it’s anyone’s guess as to what that might be. Could Ben possibly remember Vincent being present and giving him orders in the dorm room?

It looks like Ben might remember something that will indicate that he didn’t kill Ciara, and if so, that should make Hope and Shawn feel a bit better about working with Ben to track Ciara down, which DOOL spoilers say they will do.

It seems that we’re in for an exciting week on DOOL as we say goodbye, for now, to Ciara and Victoria Konefal – and you won’t want to miss any of the drama! Be sure to stick with CDL so you don’t miss any of the latest Days of Our Lives spoilers and news, and do check out our daily episode recaps as well.