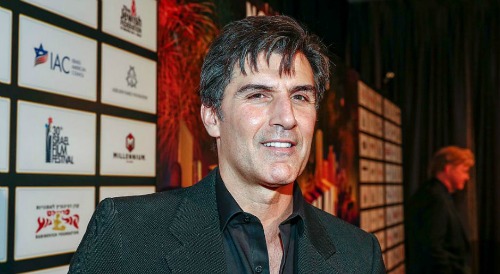 Days of Our Lives (DOOL) spoilers tease that the Kiriakis clan could use a shakeup. Xander Kiriakis (Paul Telfer) has turned from his bad boy ways for the most part. It’s possible he’ll fall back on old habits, but Xander really needs to stay on the straight and narrow.

Despite Sarah Horton’s (Linsey Godfrey) anger right now, she can’t shake her love for Xander. Sarah seemed genuinely torn when Xander got in touch with her over the phone. However, Sarah’s wounds are still fresh – and those are going to take time to heal.

As a result, Xander needs to avoid committing any other major crimes and stay out of trouble. He has to prove he’s the changed man he claims to be – the man who changed because of Sarah.

Of course, that doesn’t mean Xander should lose his edge entirely! Xander’s always going to be Xander, which is exactly how most fans like him. Nobody’s looking for a saint.

Even so, this does leave a bit of a void on Days of Our Lives. Orpheus (George DelHoyo) won’t stick around indefinitely, so who’s going to slip into that dark role? DOOL will surely need another villain, especially now that Steve Johnson (Stephen Nichols) and Hope Brady (Kristian Alfonso) are back to their old selves.

What about Deimos Kiriakis (Vincent Irizarry)? Could Deimos be the next Days character to rise from the dead? Just about everyone in Salem seems to, so it could easily happen down the road.

It’d be great to see Deimos come back on the scene and cause problems. Xander could be tempted to head down a dark road again depending on what schemes Deimos had in mind.

Deimos’ return would provide that Kiriakis family shakeup we mentioned along with some revenge plots. It’s safe to say Deimos would target Nicole Walker (Arianne Zucker) for stabbing him back in 2017. Nicole was on a drug called Halo at the time, which was entirely Deimos’ fault.

Even so, Deimos could cause chaos for Nicole and Eric Brady (Greg Vaughan). There’d be some intriguing places to go with the story. Chloe Lane (Nadia Bjorlin) got involved with Deimos once upon a time, so there’s another story opportunity. Deimos has a lot of connections that could be revisited.

Nevertheless, the most interesting part would be seeing Deimos rope Xander into a risky alliance. It’d be quite a dilemma for Xander, who wants to be the man Sarah deserves. Would you like to see Vincent Irizarry reprise the role of Deimos Kiriakis? Should dark Deimos come back to stir the pot?