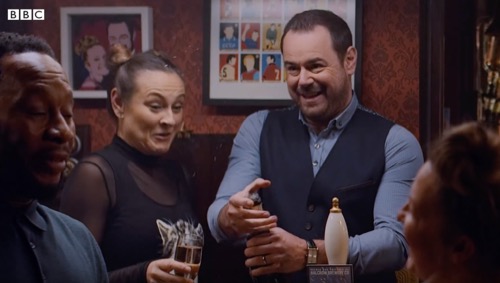 Eastenders spoilers reveal the 35th-anniversary episodes are finally beginning to air this week. That means we are getting a bit more information on what to expect with several storylines, which will ultimately lead up to one enormous explosion. Recently director David Kester teased what viewers can look forward to.

Same Story, Different Eyes – During the first three episodes, expect to see the same storyline. However, each installment will show the events played out through a different character’s eyes. So, we will get tiny bits of information that eventually will all add together by the end of the week. When Friday’s episode airs, expect a giant explosion when everything finally unravels.

Pay Attention, Even When It Doesn’t Make Sense – Kester spoke to Digital Spy about directing the 35-anniversary episodes. It seems that these will be episodes that will need our full attention. Eastenders spoilers hint that even if something doesn’t seem like it makes sense, it will later on.

“The writers have been really clever with how they’ve teased little bits of story in one episode, which they don’t become clear until the next episode. When you watch them in sequence, it’s great to see how it all unravels.”

Eastenders Spoilers: Fast-Paced and Shock-Heavy – How they decided to string together the storylines is by using a non-linear approach. The director explained that it will bring viewers tons of surprises and will be moving at a fast pace.

“Because of the non-linear approach, where we go back and revisit things across the week, we set up expectations that eventually turn out to be something completely different.”

Dark, Complicated and Heart-Wrenching – The director also said that fans can expect the 35th-anniversary episodes to have a similar theme to what we already see. The scenes and storylines will be dark, complicated and heart-wrenching. However, there will also be some comedy in there too.

What do you think of all the hype for the 35th-anniversary episodes? Now that Monday’s episode has aired, what are your thoughts and predictions for the rest of the week? To see how the storylines intertwine to reach an explosive ending, keep watching the British soap opera.