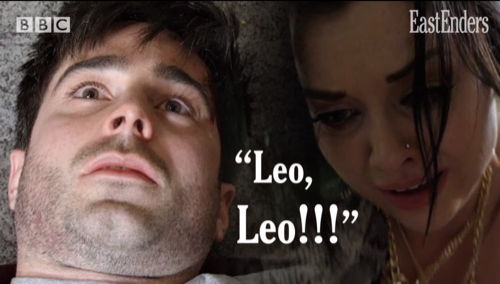 Eastenders spoilers reveal Whitney Dean (Shona McGarty) gets arrested for Leo King’s (Tom Wells) murder. Gray Atkins (Toby-Alexander Smith) takes her case, but wonders if she is keeping something from him. Will the attorney end up discovering Michael “Mick” Carter (Danny Dyer) was involved? If so, how could this change the future for the Carter family? Keep reading to discover what is known so far.

Leo King’s Murder – It was previously revealed that Whitney’s torment by Leo would come to an end. Fans suspected that it would only happen when one of them died. It was also stated that during a frightening encounter, one of them would end up with blood on their hands. As viewers saw during a recent episode, Whitney killed her stalker in self-defense.

However, she knew how it would look to the authorities with everything that has happened. She was in a state of shock and panic. She struggled with what to do, but it seems she might have made the wrong choice.

Mick Carter’s Involvement – Eastenders spoilers teased Mick would get involved, but that the time it wasn’t known exactly what he would do. Now that the episodes have aired, we know that Whitney called Mick for help after Leo was killed. He wiped the knife clean and put it in a plastic bag. Whitney was to dispose of it later but got interrupted before she could get rid of the murder weapon. Meanwhile, Mick promised to get rid of the body, but he also faced complications.

When asked if she called anyone after Leo’s death, Whitney lied and said no. However, phone records indicate otherwise.

Eastenders Spoilers: Gray Atkins Suspicious – Although Gray has agreed to take Whitney’s case, he doesn’t feel that she is telling him everything. Not only is he sure that she is hiding something, but phone records can prove it. She claims not to have called anyone after the murder. However, fans know she called Mick and how will she respond when confronted with the evidence?

Secrets Destroy Lives and Futures Altered Forever? – In the soap world, secrets have a way of always coming out. Plus, with today’s technology, it’s hard to cover up lies. This is especially true when it comes to phone calls, text messages and even Internet usage. When the truth comes out that Mick was involved, it won’t be just Whitney’s future in jeopardy, but Mick’s as well.