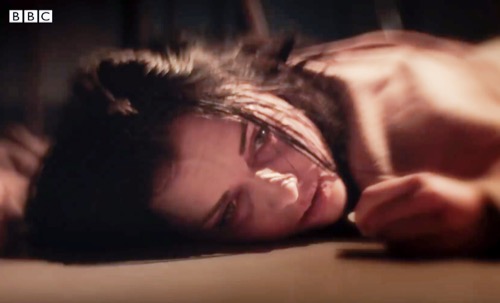 Eastenders spoilers reveal we will soon find out the fate of Whitney Dean (Shona McGarty) and in more ways than one. For starters, she is fighting criminal charges relating to the death of Leo King (formerly Tom Wells). Then, the inmate began refusing food and water. She hallucinated a little girl before she collapsed in her jail cell. Will she survive and who was the child Whitney was speaking to?

Jailhouse Starvation Scheme – Whitney has not been coping well in jail and is crumbling mentally. After being refused bail, the young woman is desperate. She began refusing to eat and also stopped drinking water. She was warned by the prison guards that she would only be hurting herself, but Whitney is backed into a corner. She doesn’t know what else to do and understandably, her loved ones are concerned.

Hallucinations of a Child – Eastenders spoilers reveal prior to Whitney collapsing, she saw a little girl and began having a conversation with the child. It is clear that the little girl was a younger version of Whitney. She tearfully warned her of what lay ahead. For newer viewers that don’t know history, Whitney was abused as a child by Leo’s father.

She survived the trauma, only to have Leo torture and torment her until she killed him in self-defense. He went to extreme lengths, including hiding out in her attic. However, her ordeal would be far from over. Now she faces prison time if convicted of Leo’s murder, an act that was in self-defense.

Eastenders Spoilers: Whitney Dean Collapses – On Thursday’s episode, Whitney’s body finally gave out on her. Deprived of food and water caused her to collapse on the floor. Fans wonder if she will survive and it’s a safe assumption that she will recover. While it probably won’t help (or hurt) her case, there is good news on the horizon.

Gray Atkins’ Shocking Discovery – Eastenders spoilers for Monday reveal Gray Atkins (Toby-Alexander Smith) will come across information about Leo that could help Whitney. We don’t know the details yet, but it hinted that Whitney will be shocked by the revelation. Leo has done so many horrific acts that the shocking information could end up proving that Leo was no innocent victim.

Could this be the key to her being cleared of any wrongdoing? Will she finally be released from her prison, both in a physical sense as well as a mental one? We will have to keep watching the British soap opera to see how this storyline ends.