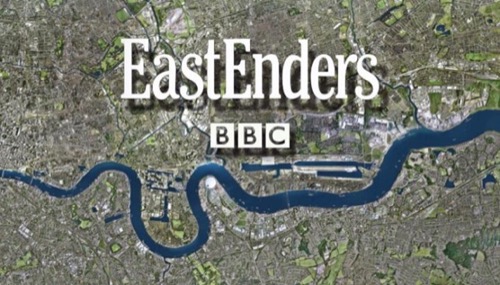 Eastenders spoilers reveal the upcoming week will kick off the soap’s 35th anniversary. While there will be a celebration on the Queen Vic’s boat, don’t expect the party to end on a good note. At least one character will meet their demise, but who could it be? Here are the top four theories of who doesn’t make it.

Linda Carter: Drunk Drowning or Murderous Mitchell? – In the 35-anniversary trailer released last week, one scene shows Linda Carter (Kellie Bright) underwater. Her eyes are closed and she isn’t moving when she is discovered. Michael “Mick” Carter (Danny Dyer) pulls her up above the water that is flooding the boat. However, the video clip still doesn’t show Linda moving. No flinching digits and the absence of fluttering eyelashes makes some fans believe she will end up dead.

It seems that Linda’s alcohol abuse will either have her after some intense partying on the boat or someone kills her. Remember, she did know about Keanu Taylor’s (Danny Walters) fake death. So, murder isn’t completely out of the question.

Eastenders Spoilers: Bex Fowlers Drug Overdose – Rebecca “Bex” Fowler (Jasmine Armfield) made the decision to take drugs during a recent episode. Some viewers believe that she could have an overdose, especially with confirmation that the actress has already left the soap.

Keanu Taylor Dies For Real This Time? – Phil Mitchell (Steve McFadden) returns to help his son, Ben Mitchell (Max Bowden). As fans have seen, Keanu is back and he is determined to get revenge, as well as a nice payout. However, he has taken Callum Highway (Tony Clay) hostage and it is confirmed that the characters will have one final showdown on the party boat.

Eastenders Spoilers: Callum Highway’s Horrifying End – Speaking of Keanu, is it possible that he could end up killing Callum? We have seen Ben trying to get a loan so he can pay Keanu the ransom. But it’s not going very well and he will end up having to call his father for help.

In one scene, Keanu realizes that Callum knew about the murder plot. He thought Callum was the good guy, but it turns out he is just as bad and guilty as the rest of them. We all know Callum is a good person, but Keanu is no longer convinced of that. If he doesn’t get the money he is demanding from Ben, could he make a deadly decision and end an innocent man’s life?

Who do you think is going to die this week during the 35-anniversary installment? Do you agree with any of the above theories or do you have one of your own?