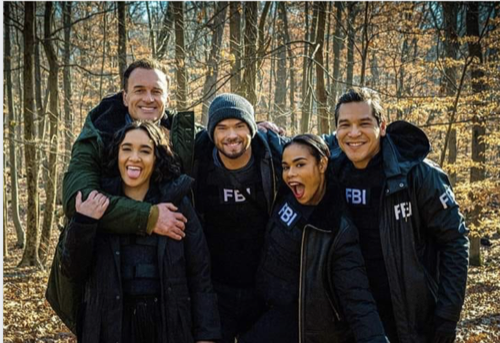 Tonight on CBS FBI airs with an all-new Tuesday, April 28, 2020, season 1 episode 14, “Getaway” and we have your FBI recap below. In tonight’s FBI season 1 episode 14 as per the CBS synopsis, “When a father and son bank-robbing duo escape from a prison transport van on their way to trial and pick up where they left off.

The team must hunt them down before they steal enough money to escape the country. Also, Jess draws on his own personal history to profile the duo’s father-son dynamic.”

Two prisoners managed to overpower a guard while in transport. Meanwhile, Jess is getting take out when he gets a call. He arrives at the office and is updated about two criminals on the loose. They were being transported for a bank heist. They are father and son. It looks like they may be headed to Canada.

Jess and Sheryll head to see the boy’s mother. She isn’t surprised. She has another son who is on a good track but Stevie looked up to his dad. She shares that her ex Blake loved to fish, look for women, and rob people. He had a lot of pen pals when he was in prison before.

The team tracks down a pen pal, a woman named Jeri, that seems to have been in touch with Blake. They haven’t spoken to her. She is already on the road with Blake and Steven. The team goes through her apartment. They find some information that leads them to a catering company. They arrive to find several dead and it looks like Blake and Steven also grabbed some booze on the way out.

The three are at a cabin drinking. Blake’s pen pal Jeri encourages him to be nice to his son. He is. They share a moment as they look at Steven’s hand. It is injured. A knock comes. The woman shares it is her friend. Blake isn’t happy.

Jess and Sheryll are marking where they plan to travel to find Blake and Steven who are now with two ladies drinking. Blake becomes increasingly irritated that Jeri’s friend is there and dumps champagne all over Jeri’s head when he becomes angry. Jeri runs to the bathroom crying.

The next morning, the team storms the cabin but the four are gone. They head to the nearby lake and find a body. It is Jeri’s female friend. She is dead in the water. Jess this Steven killed the girl judging by the way she was tied down in the water, knowing Blake is an avid fisher. Meanwhile, the three head to a bank. Steven does the job, shooting several inside.

The team arrives shortly after. They watch video footage.

The team catches a lead on where Jeri will be next, alone. They get her. She tries to run but they catch her. They bring her in and question her. It doesn’t take much for her to talk. She confesses they have money and are headed to Canada.

The team runs through the money the father and son should have and realizes some money isn’t accounted for. They have an accomplice who Jeri confirms. She shares what he looks like. After watching the bank robbery video, they realize the guard was in on it.

The team gets the guard at his house. He confesses to knowing Stevie. He shared information about other banks with him. The team thinks they know where they are headed next.

The team arrives at a hostage situation. They hear gunshots fired inside and the two are not cooperating. Jess calls Stevie. After telling him his father doesn’t trust him he asks to talk to Blake. He tells him he needs to play this smart.

A while later they let Jess in. He tries to negotiate with Stevie. He pits them against each other, revealing how Blake was going to leave him behind. Stevie pulls the gun on his dad. Jess talks him down. They take them in.

Jess is out to eat later when he meets a nice woman at the bar. He allows himself to talk with her a little bit. He smiles after she leaves. It looks like he may be open to dating for the first time in a long time.