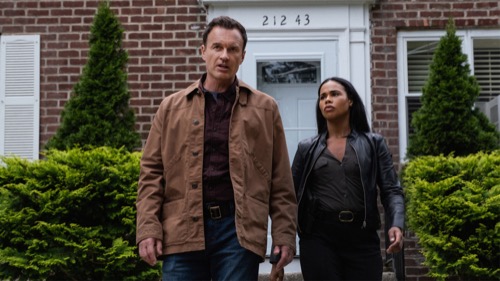 Tonight on CBS FBI airs with an all-new Tuesday, March 31, 2020, season 1 episode 10, “Silkworm” and we have your FBI recap below. In tonight’s FBI season 1 episode 10 as per the CBS synopsis, “The team must track a former counter-intelligence officer who leaked classified information to a foreign government and attacked his former partners.”

A man enters a busy Chinese restaurant and headed directly to the bathroom where he hides something. The FBI comes rushing in and grabs him. They take him in. Well transporting him, one of the agencies killed and he manages to escape.

Tally is back home safe after being taken to Georgia. She just watches a video she made on TickTock. He loves the video but he isn’t so sure about her being exposed on social media. He is interrupted by a call. He heads into headquarters and is given a brief rundown on their new case. A counterintelligence agent turned Chinese spy by the name of Paul was taken in by the FBI but managed to escape killing one of their own with cyanide.

At the hospital, the man who shot it just tells them that he wants a human rights lawyer. Paul is a scary man and he doesn’t want to talk. The team asks Paul’s old partner for access to his work files. Meanwhile, Paul is hiding out in a motel.

There is someone who can help them. An informant in the custody of Homeland Security. They find a way to get to her during her transport. She says she will talk if they give her a number. She calls later. Paul is still speaking with the Chinese through a Linkedin account. The team hacks the account.

They learn that Paul is meeting someone in a local park. The team heads there to stake it out. They see the man Paul is going to meet but they don’t see Paul. They take the man in and take a bag he was to give Paul. It was filled with medication, for him and a female. They head to see his wife. She admits he is supposed to come for her but the meds in the bag aren’t any she or he takes. They suspect he has a mistress, telling his wife.

They head back to the hospital to learn more from the man who was supposed to meet Paul in the park. They ask about his previous meetings with Paul years back at a bar. He talks about meeting him and how Paul liked going there for a bartender. He tells them she had a silkworm tattoo. They plan to track her down. She may be the mistress.

The team heads to stake out an area where they believe the mistress lives. They see her walk into a laundromat. One of the team head in there to pretend they are doing their laundry. They talk to her until she gets a visitor, her son and it looks to be Paul’s. She talks to her friend about how she is taking a trip that night. After she leaves, the team follows her. They knock on her apartment door and she lets them in. She shares she is transgender and afraid to go to China. But she and Paul and their baby are families. She tells them she didn’t know he was a spy. Paul calls. She answers on speaker. He is sending someone to pick her up.

A car arrives. His mistress and his son get into the car. The team moves in. They get the mistress and those who picked her up. They make the drivers help them get to Paul. They head to where he is to fly out. He is on the plane. He walks down the stairs a bit, torn between going and staying. Even after learning right then and there that his mistress transitioned years ago, he steps off the plane to stay and face the law for his family.

Jess heads home to see Tali. He is happy to be able to spend time with his daughter. They sit and watch her video again.