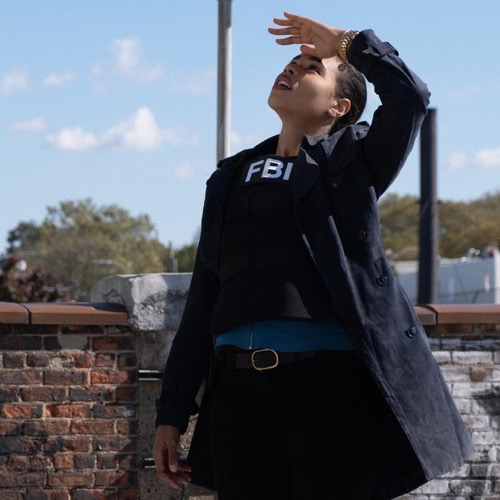 Tonight on CBS FBI airs with an all-new Tuesday, January 28, 2020, season 2 episode 14, “Studio Gangster” and we have your FBI recap below. In tonight’s FBI season 2 episode 14 as per the CBS synopsis, “When a U.S. attorney is found dead steps away from the body of a private escort, the team must piece together what connected the two seemingly random victims. Also, Jubal’s connection with one of the victims makes finding the killer much more personal.”

Tonight on FBI a woman is seen choked and killed right next to a dead man’s body who’s been shot in the head. The team is called to the scene as it’s discovered the man Scott Conway worked for the government as an attorney district prosecutor. The team goes out to question his wife and co-worker Mona to ask about the cases he’s worked on and if there are any strange cases he’s been working on Mona says no.

The deceased woman is identified as Maya and turns out she was an escort on a website, Agent Jubal takes it upon himself to go deliver the news to Maya’s mother and she asks what he’s doing there and he delivers the bad news she slams the door shut. The media gets a hold of Maya’s profession and spins the headlines to make it seem as if the prosecutor Scott was having an affair with an escort.

Jubal asks the team to go question the host of the party that Maya was at that night which was hosted by an upcoming artist named Tracey. They pull video surveillance and see Maya leave Tracy’s party in a rush and followed by a man Thumper who is a pimp and in a gang called 718 and they go question him he refuses to talk to Maggie and Omar as the tension is thick as they feel he’s lying. The team continues to view video surveillance from surrounding blocks and sees that Scott

Mona calls the team and she tells them that they have been investigating Thumper and his crew for a while with wiretaps and due to the news of the deaths Thumper was fired by Tracey as his producer and this angers him putting out a hit on Traceys life, Jubal sees this as leverage and decides to use it to their advantage to find out who killed Maya and Scott.

They bring Tracey in and ask him to cooperate but he refuses to snitch saying it’ll ruin his image and reputation. Omar comes up with a plan to scare Tracey and have him followed and shot at with fake bullets. Soon after Tracy calls Omar and Bell to cooperate and come up with a plan to get Thumper on the wire about the murders. Tracey says he’s not a thug it’s all for image purpose and once he found out about the two deaths he cut ties with Thumper.

Tracey goes to meet with Thumper wearing a wire and tries to make it seem he wants to hire Thumper again but Thumper isn’t buying his act. One of Thumpers associates come in with a post from Tracey’s social media with him flashing another gang, Thumper feels as if Tracey disrespected him and they proceed to beat up Tracey with the team watching and listening, Maggie wants to go in and get Tracey out of there but Jubal tells her to stand down.

Jubal is questioned by Castille on if he knows Maya’s mother since he jumped to tell her the news and he admits that he arrested Maya’s mother back in 2014 and he starts to feel guilty saying that he knew she took the charge for her boyfriend back then and maybe if he didn’t arrest her things would be different now, Castille assured him it’s not his fault.

Tracey meets up with Bell and Omar and says he’s out after them watching him get beat up and tells them Thumper trusts his girlfriend Davina, so they send him to her place to collect some evidence that may be in her house. He gets in the house while Thumper isn’t there and asks to use the bathroom, Tracey begins to search the apt and finds drugs a half a Kiko of heroin in the dresser drawer which is enough to get a warrant to search the home and bring Davina in for questioning, Jubal goes into try to get Davina to snitch on Thumper and asks if she saw any blood on his clothes he even shows her the murder scene pictures of the bodies of Scott and Maya and she still refuses to talk he threatens to charge her with felony drug distribution even after telling her that her daughter Olivia will grow up without a mother of she takes the charge for Thumper, she still refuses to cooperate and asks for a lawyer.

Tracey tells Omar and Maggie that Thumper calls him and wants to meet up Tracey is nervous and feels Thumper may know he was in the apartment the night Davina got arrested and may feel Tracey set her up, Omar tells him to set up a meeting in a public place or else Tracey will go to jail. Thumper and Tracey meet up and while they are discussing get back into business Thumper admits to killing Maya because she didn’t pay for her food and clothes and that he killed Scott because he got in the way trying to save Maya.

Jubal goes to tell Davina he’s giving her a break and letting her go and to make the most of it, from his guilt of arresting and charging Maya’s mother years prior, he then goes to tell Maya’s mother they caught the killer and ask for her forgiveness for what he done and says he regrets charging and arresting her, but she refuses to accept and goes in the house.