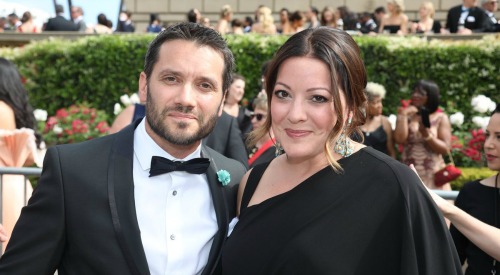 General Hospital (GH) spoilers reveal that one ABC soap star has been reflecting on a special night. Dominic Zamprogna is known for his role as Dante Falconeri on GH – and many fans are hopeful about Dante’s comeback since Zamprogna’s open to returning.

It was Dante’s birthday on the show recently, so Sonny Corinthos (Maurice Benard) took some time to honor Dante by watching baseball with Mike Corbin (Max Gail). On Twitter, Zamprogna took a moment to honor Max Gail, who he lost to at the Daytime Emmys in 2019.

Of course, Gail was absolutely a worthy winner thanks to his realistic portrayal of Mike’s worsening Alzheimer’s. Most of us were left cheering when Gail won the award for Outstanding Supporting Actor in a Drama Series.

Gail continues to blow fans away with his incredible performances, so Zamprogna acknowledged his costar and shared the inside scoop on a secret from Daytime Emmys night.

“A year ago. Time flies. I lost to @MaxGail, which was an honor,” Zamprogna tweeted. “Got to take my sister, also an honor. But under this suit I was covered in poison oak!! Not an honor!!”

That had to have been one uncomfortable evening, but Zamprogna still managed to be red-carpet ready. The General Hospital actor looked as handsome as ever at this big event.

Unfortunately, the Daytime Emmys were cancelled this year due to COVID-19 aka coronavirus concerns. It was disappointing news for fans, who look forward to seeing the stars dressed to the nines and enjoy watching the winners take home their shiny statuettes.

In the meantime, it’s fun to see throwback pics like this one and hear some great stories to go along with them. In response to Zamprogna’s tweet, lots of General Hospital watchers chimed in about how much he’s missed on the show. Dante was definitely a fan favorite that GH viewers are going to keep clamoring for.

“Dom you are a winner in our book,” one Twitter user insisted. “Max Gail is an incredible actor and so are you. You are so blessed to have an amazing TV grandpa.” “Well deserved Max,” another fan said. “But you are two great actors! I so enjoyed your scenes together. I really felt that love and grandfather to grandson connection with Dante and Mike.”

Since the Dante mentions have reached highly suspicious levels, there’s a good chance a Dante comeback will indeed happen at some point! As other GH details come in, we’ll offer the latest updates. General Hospital spoilers say some thrilling drama’s ahead in Port Charles, so stick around. CDL’s the place to be for fantastic General Hospital spoilers, updates and news posts.