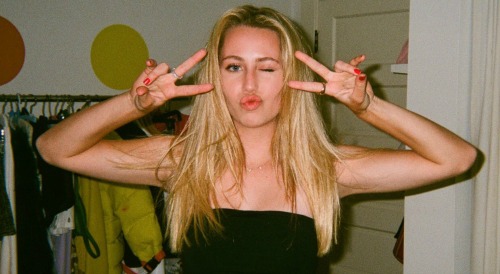 General Hospital (GH) spoilers reveal that one ABC soap star’s already thinking about Halloween and the costume she has in mind. Eden McCoy (Josslyn Jacks) recently responded to a fan’s Halloween-related tweet on Twitter. The GH star is hoping everything will be back up and running at the studio by then, given the COVID-19 shutdown. It turns out McCoy has a special costume plan in mind – and she wants her onscreen bestie to get in on the action.

Sydney Mikayla plays Trina Robinson, who’s been a loyal gal pal to Joss for many years. They a solid friendship, so McCoy thinks they should go as a famous friends duo for Halloween. She’s hoping they can be Cher and Dion from Clueless – the beloved 1995 teen comedy many of us have seen and enjoyed.

“GH Halloween better not be cancelled because Sydney @SydneyMikayla and I NEED TO BE Cher and Dion,” McCoy tweeted. Fortunately, McCoy’s got the approval of someone important. General Hospital Executive Producer Frank Valentini sent out a tweet in response, which suggested he’d filled in the writing team.

“I’ve already told the writers,” Valentini said. Of course, Valentini may have been joking, but why not let Trina and Joss be Dion and Cher? That sounds like a great idea! Since McCoy’s got this pitch ready and waiting, those are just two costume ideas the writers don’t have to come up with. We could totally envision Josslyn and Trina rocking Cher and Dion’s style.

McCoy joked that her “quarantine depression is now cured” thanks to Valentini’s message to the writers. Even Chad Duell (Michael Corinthos) joined the conversation. Duell had a fun suggestion of his own on this Halloween costume topic. Duell pointed out that he could play Travis from Clueless, but we’re not sure we can buy that one!

Still, it was nice to see Duell joke around with his TV sister. Many General Hospital cast members are finding ways to keep fans entertained during their coronavirus downtime from the show, so we all thank them for that.

As for what’s ahead on GH, the teen scene will face some complications in the love department. That’s because Cameron Webber (William Lipton) will likely continue to fall for Trina. Despite Cam and Trina’s attempt to just be friends, it won’t be that simple – and that could leave Joss pining away!