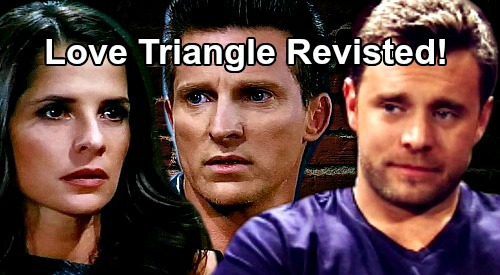 General Hospital (GH) spoilers tease that the danger’s revving up for Jason Morgan (Steve Burton) again. He consistently finds himself in risky situations, which comes with the territory when it comes to working for Sonny Corinthos (Maurice Benard). Sam McCall’s (Kelly Monaco) sure to be rattled when she realizes Jason was involved in a stunning shootout in New York City.

Of course, this threat will linger until it can be nailed down and eliminated. Even then, that’s just getting rid of one enemy and awaiting the next. General Hospital spoilers say Sonny’s always going to have mob drama to deal with, so Jason’s always going to be tied to the peril.

Back when Drew Cain (Billy Miller) believed he was Jason, he eventually tried to distance himself from that life. That led to Drew running Aurora Media and trying to establish a safer environment for his family.

However, Drew was a very different man from Jason – and Jason can’t really change who he is. He’s always going to be GH’s go-to hero that leaps into action.

The question is: which life is better for Sam? It’s clear that Sam loves Jason, but there’s no denying the danger that comes with his job and lifestyle. Sam runs into some trouble of her own sometimes – like with Shiloh Archer (Coby Ryan McLaughlin) – but Jason knowingly walks into it for Sonny’s sake.

When Drew was still on canvas and could be considered a romantic option for Sam, this was quite the debate among Sam fans. Some people felt like Sam should focus on a quiet, sweet life with Drew and the kids.

Others felt like that meant playing it safe and denying Sam’s true feelings. There’s a certain draw to the action and adventure of the “JaSam” pairing.

Since Drew was presumed dead, but he could easily return down the road. No body was found, so the door’s been left wide open for a comeback. Kelly Monaco was very vocal about how much she loved working with Billy Miller.

Kelly would undoubtedly be down for pairing up Sam and Drew again – or at least giving the Jason, Sam and Drew love triangle a real shot.

It’d be an interesting story option to pursue, even if Sam still ended up with Jason. It was strange that General Hospital never really played out that triangle, which could’ve been gold. Do you think Drew should return? Does Sam belong with Drew or Jason?