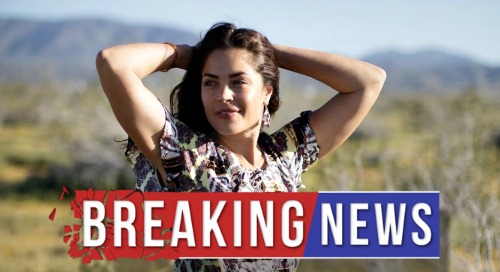 General Hospital (GH) spoilers has some great news to pass on about an exciting return to the show. Kelly Thiebaud, who portrays Dr. Britt Westbourne on the ABC soap, is headed back to GH for an extended return! This is great news for Britt fans and GH fans in general. Britt was last seen in the spring of 2020 during a short stint on the show.

During that time, Britt managed to have a short-lived fling with Julian Jerome (William deVry) and got a job at the hospital, but then her character abruptly departed canvas and was said to have gone out of state to take a job at another hospital.

It was a bit confusing for GH fans, but the good news is that Britt will be making a return soon.

You might be aware that Kelly Thiebaud made an appearance earlier this year on Days of Our Lives as well, where she played Zoey Burge, daughter of supervillain Orpheus (George DelHoyo). Kelly played Zoey for a few episodes, then the role was taken over by Alyshia Osche until the character departed canvas.

Back when Kelly had finished her latest stint as Britt on GH before the COVID shutdown, she remarked on Twitter that she didn’t have any more scenes on GH, but that could change when production started back up. It appears that things did change, and that we’ll see Britt back soon.

Fans have been responding with great enthusiasm to the announcement about Kelly’s return to GH since SOD broke the news.

On Twitter, one fan commented: “Yay! The Britch is back!! How will she react to the news that Julian is married to Nelle?” That person was of course referring to Julian’s recent marriage to Nelle Benson (Chloe Lanier), which Nelle blackmailed him into. To that, William deVry replied: “TBD.”

Another fan commented: “Yes! Great news! Can’t wait to see her back on GH!” And several Twitter users commented about whether Britt’s mom, Dr. Liesl Obrecht (Kathleen Gati) would be making a comeback as well.

As GH viewers will remember, Britt and Liesl didn’t part on good terms, as Britt turned on her mother when Liesl was sent off to The Hague after being framed by Peter August (Wes Ramsey).

We’ll see what Britt’s return brings, but whatever it is, it should be exciting! Right now, there’s no word on exactly when we’ll be seeing Britt back on canvas. We’ll be sure to let you know as we hear more about this awesome return.

Are you looking forward to seeing Britt back in Port Charles? Stay tuned to the ABC soap and remember to keep CDL bookmarked for all the latest General Hospital spoilers, daily episode recaps, and news.