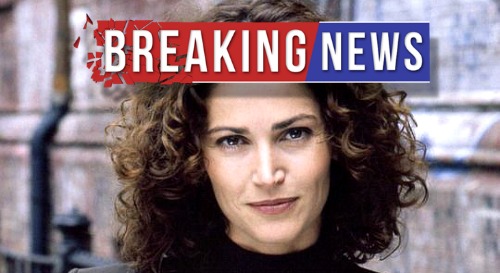 General Hospital (GH) spoilers has some great news to pass on about a new addition to the cast of the ABC soap. Actress Kim Delaney will be joining the cast of General Hospital, and according to Deadline she’ll begin filming on Wednesday, September 9. That means that Kim will be first seen on canvas sometime in late September or early October.

Viewers might remember that Kim was a member of the cast of All My Children, playing Jenny Gardner Nelson from 1981-1984. Jenny was the sister of Tad Martin (Michael E. Knight) and the daughter of Ray Gardner (Gil Rogers) and Opal Cortlandt (Jill Larson).

Jenny met a tragic end in a jet ski explosion, leaving her husband Greg Nelson (Laurence Lau) behind. Kim reprised the role of Jenny in 1994, when her spirit visited Tad.

Well, from All My Children, Kim went on to star in the 1990s primetime drama NYPD Blue, for which she won a Best Supporting Actress Emmy. Kim has also recently appeared on the TV series Chicago Fire, Army Wives, and The Oath, and in 2019 she reprised her NYPD Blue role for a TV movie titled NYPD Blue.

One wonders exactly what role Kim will be playing on General Hospital. Could her character be connected to that of Martin Grey (Michael E. Knight)? It will be a reunion for Kim and Michael, since they appeared as siblings on All My Children – we’ll see just how closely the two characters interact on General Hospital.

Of course, it’s also possible that Kim’s character on General Hospital could be a love interest for another major character, such as Valentin Cassadine (James Patrick Stuart) or even Jasper “Jax” Jacks (Ingo Rademacher), since Jax’s relationship with Nina Reeves (Cynthia Watros) seems destined to fail.

Yet another possibility is that Kim could take over the role of Lois Cerullo, who is Brook Lynn Quartermaine’s (Briana Lane) mother. The role of Lois has been previously played by Rena Sofer and Lesli Kay.

Kim would certainly fit for a recast Lois, and her reappearance in Port Charles right now would make sense, given that Brook Lynn is in crisis and estranged from her dad Ned Quartermaine (Wally Kurth).

We’ll see what TPTB have in mind for Kim going forward at General Hospital – the possibilities are exciting! Are you happy to see Kim come back to daytime? Stay tuned to the ABC soap and be sure to check CDL frequently so you don’t miss the latest General Hospital spoilers, daily episode recaps, and news.