General Hospital (GH) spoilers reveal that there’s some big firing news to report about a couple of major executives, which could provide an explanation for changes on the show. Vicki Dummer and William Burton were key ABC execs, but they’ve been let go as part of layoffs at Walt Disney Television.

Dummer served as Head of Current Series Programming for ABC Entertainment, so she supervised many creative aspects for General Hospital as part of that role. She’s a well-known supporter of GH and had been with the network for over 24 years.

As for Burton, he served as SVP and Head of Daytime, Sports and Syndicated Development/Production for ABC Entertainment starting in 2018. From that point on, Burton oversaw business operations for the network and Dummer kept handling things on the creative end.

Now both Dummer and Burton have been let go as part of a plan to restructure and consolidate. Deadline confirmed these firings and pointed to other layoffs affecting several higher-up staff members in the Disney TV Group. 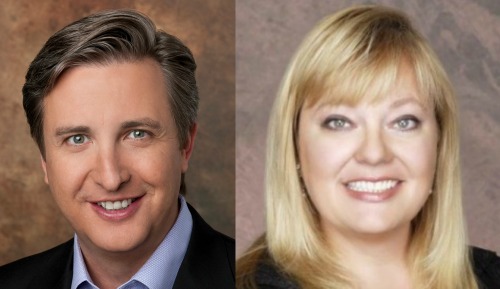 What does all this mean for General Hospital? Anytime there are changes behind the scenes, that presents the possibility of changes on screen, too. It’s worth noting that there have been some cast cuts on GH recently – as evidenced by all the actor departures that’ve been happening.

There definitely seems to be a push to save money and watch the budget.

Now that Burton and Dummer are out, it’ll be interesting to see if other firings are on the way. There may also be some new creative visions and other important shifts in the months ahead. Everything’s a bit up in the air at this point, but we’ll offer updates as more details become available.

Fortunately, you can count on General Hospital to keep delivering hot drama! Several storylines are heating up as we build to some huge twists and explosive showdowns. General Hospital spoilers say Cyrus Renault (Jeff Kober) will continue to make serious waves in Port Charles, so his enemies won’t be happy about that.