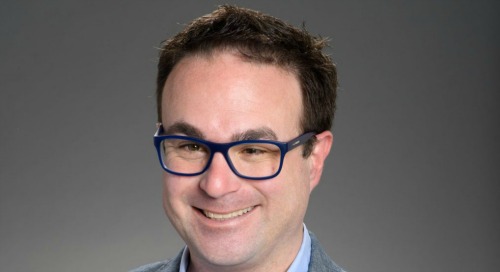 General Hospital (GH) spoilers reveal that there’s some big news to report. Nathan Varni was fired from his position overseeing GH’s programming department. Although Varni is still with ABC and will continue to oversee other series, he wanted to give General Hospital fans updates on the situation.

“I share the bittersweet news that I am no longer overseeing GENERAL HOSPITAL for ABC’s programming department,” Varni said in a lengthy announcement on social media. “I was with the show for seven years, covering more than 2,000 of its record-breaking 14,600+ episodes.”

Varni went on to say how much he’s enjoyed meeting General Hospital fans and interacting with them online. The ABC exec both appreciates and admires GH viewers’ “collective loyalty to the show.” Varni is grateful for all the “spirited opinions” out there and hopes everyone can keep watching GH for many more decades.

Of course, Varni also wanted to thank some of the great people he’s worked with over the years. “Additionally, I offer my love and deepest gratitude to GH’s incredible cast, writers, producers, directors and production staff,” Varni said. “They are truly the best in the business, and their love of the genre makes my heart full.”

To wrap up his post, Varni offered a quick “P.S.” – just to let fans know he would remain with ABC and fill them in on the series he’s still tied to. Varni will continue day-to-day oversight for Grey’s Anatomy and The Connors. He’s also overseeing a new primetime show called The Baker and the Beauty, which premieres on Monday, April 13 at 10/9c.

It wasn’t long until Varni received replies to his message – some positive and some negative. There were naturally some viewers who were pleased by the departure news and blamed Varni for mishandling things. However, many focused on wishing Varni well and recognized his contributions.

“Good luck in your future endeavors and thank you for keeping us informed about GH during the preemptions,” one Twitter user said. “Best of luck to you!!” said another. “Thank you so much for all that you did,” one more fan insisted. “We appreciate you and hope you stay safe and well! #GH forever!!”