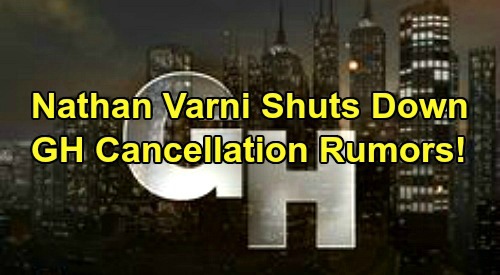 General Hospital (GH) spoilers reveal that one ABC exec is shutting down some nasty rumors. Sometimes people like to stir things up on the Internet and get soap fans riled for no reason at all. That was the case recently when someone started a rumor about General Hospital being on the verge of immediate cancellation.

Nathan Varni, Director of Current Programming at ABC, was contacted about this bogus info, so he quickly set the record straight on Facebook. It turns out Varni didn’t even know there was a rumor! He made that crystal clear and dismissed any panic for fans who might’ve believed the lie. 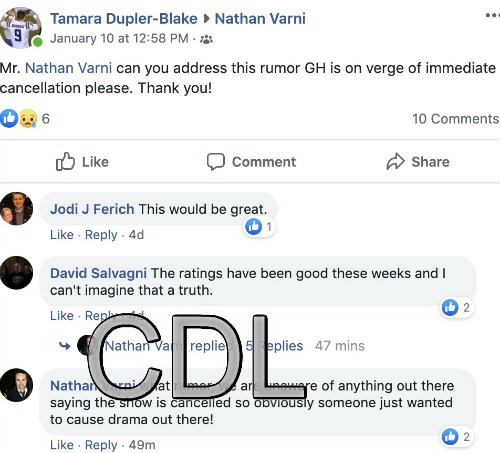 Varni said, “what rumor, we are unaware of anything out there saying the show is cancelled so obviously someone just wanted to cause drama out there!” He also offered some overall guidance that’s a good rule to follow. “My advice, don’t believe rumors that are just made up on the internet by random people!” Varni insisted.

Any stranger on the Internet can claim GH is getting cancelled, but that doesn’t mean it’s true. In fact, General Hospital has been on fire with some good shockers and shakeups. They’re on the right track and will hopefully keep building on all the hot drama. 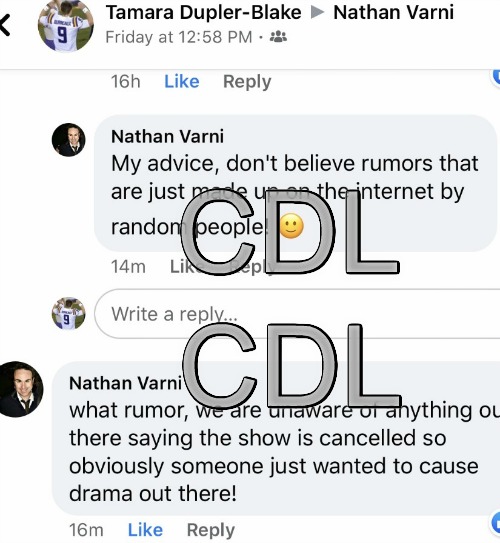 Bottom line, GH isn’t going anywhere! The show will continue on, which is great news for those of us who like to keep up with all our favorite Port Charles residents. Varni was offered gratitude for clearing everything up and providing reassurance to worried viewers. Again, nothing has changed since this was just a silly rumor somebody invented to cause issues.

As for what’s next in PC, General Hospital spoilers say several storylines are set to heat up – including the baby swap story and the one surrounding ELQ. There’ll be some major romantic bombshells along with some plot twists, so don’t miss what’s in store.

Are you glad the future’s still bright for General Hospital? What do you want to see as we get further into 2020? We’ll give you updates as other GH details emerge. Stay tuned to the ABC soap and don’t forget to check CDL often for the latest General Hospital spoilers, updates and news.