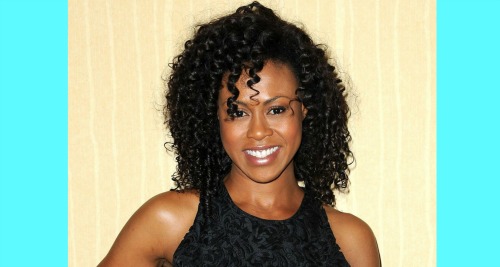 General Hospital (GH) spoilers tease that a former cast member is spilling all the dirty details about an unexpected recast and her own exit from the show. GH fans will recall that Vinessa Antoine played Jordan Ashford before Briana Nicole Henry took over in 2018, but things were messy behind the scenes. In an interview with The TV Watercooler, this GH alum gave the inside story.

Antoine wanted to leave for a bit to play the leading role on Diggstown, but she had every intention of coming back. Each season of Diggstown is only six episodes long, so it wasn’t really a big time commitment. Antoine assumed she could do what other actors on General Hospital have done and take a little sabbatical. She ultimately learned she would be replaced, which was a tough blow.

“I thought that I would get to stay,” Antoine admitted. “It was quite a shocker for me. I never planned to leave the show.” Antoine went on to present some easy writing options that could’ve explained her absence. General Hospital chose to ignore any simple solutions and ushered in a quick recast instead.

“I knew that we were only going to be gone for the summer, so I thought maybe my character could go away on an undercover mission or fall into a coma,” Antoine said. “But they had other plans, which was out of my control.”

Antoine was particularly disappointed that she couldn’t be part of Jordan and Curtis Ashford’s (Donnell Turner) wedding. She felt it was a bit harsh for the fans for her to not be involved. GH couldn’t use old clips of Antoine’s Jordan to make this a true trip down memory lane for Curtis and Jordan shippers.

Most of us can agree that wedding was a disappointment as a result. The whole thing felt hollow because we didn’t really know Henry’s Jordan yet. General Hospital viewers couldn’t connect with this new version of the couple. Antoine confessed it’s something that’ll always bother about her GH departure.

Antoine’s still enjoying the changes in her career and has moved on, but it’s nice to hear her side of the story. GH’s decisions all sound pretty petty if you ask us! General Hospital spoilers, news and updates suggest there’s more mob mayhem brewing in Port Charles, so stay tuned to see how Jordan handles it.

What do think about Vinessa Antoine being forced out over a temporary project? Do you miss Antoine on GH? As other news comes in, don’t miss all our updates. CDL’s your hotspot for General Hospital spoilers and scoops.