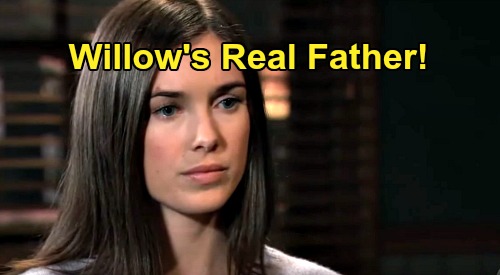 General Hospital (GH) spoilers reveal that the ABC soap has developed a bit of a bad habit. It seems like GH tends to juggle too many hot plots and characters, which often leads to the familiar problem of dropped storylines. Which dropped storylines would you like to see revisited on GH? The show has left fans with mysteries and burning questions in some cases, so it might be nice to offer answers.

For starters, we should talk about that strange Cassadine story that went nowhere. What was up with Alexis Davis’ (Nancy Lee Grahn) mother’s watch, which stopped at 10:10?

Alexis got the broken watch fixed before it stopped at the same time, so that was clearly supposed to be important. It felt like a setup to dive into Alexis’ family background and bring some interesting revelations to light.

Alexis is currently unemployed and in need of a new direction, so this might be a good time to revisit that storyline. Of course, there are also some lingering questions involving Neil Byrne (Joe Flanigan).

It always felt like there was more to the story when it came to Neil’s wife and dead daughter. GH kept offering bits and pieces, but fans may be missing the full picture.

The same goes for Willow Tait (Katelyn MacMullen), whose past hasn’t fully been explored beyond the cult. We need to learn more about Willow’s deceased father and uncover any secrets Harmony Miller (Inga Cadranel) might be keeping – like whatever was in Harmony’s pledge to Shiloh Archer (Coby Ryan McLaughlin).

Part of the problem may have been the fact that GH clearly planned to make Willow the biological daughter of Nina Reeves (Cynthia Watros), but they ultimately shifted gears. Nelle Benson Jerome (Chloe Lanier) has been confirmed as Nina’s bio daughter, but there are still things worth learning about Willow. Who knows if a secret twin revelation might even be coming somewhere down the line?

It’s possible GH writers intended to alter Charlotte Cassadine’s (Scarlett Fernandez) paternity and changed their minds, but it was still a shame nothing ever happened with Claudette.

There seemed to be some buried secrets in Hamilton Finn (Michael Easton) and Harrison Chase’s (Josh Swickard) family as well. Whatever happened to their dad, Gregory Chase (James Read)? Was there more to Finn’s anger toward his father?

Finn was supposedly upset with Gregory for moving on too fast after his mom died, but it didn’t seem like fans were given all the facts.

Some viewers speculated that Finn might’ve been involved with the woman who would become his stepmom. There was even buzz about Finn being Chase’s father instead of his half-brother, but GH simply sent Gregory packing after Finn treated him for an illness in 2018.

Most of us can agree that Finn and Chase work best as brothers, but it seems like there’s still an unfinished story in all this.