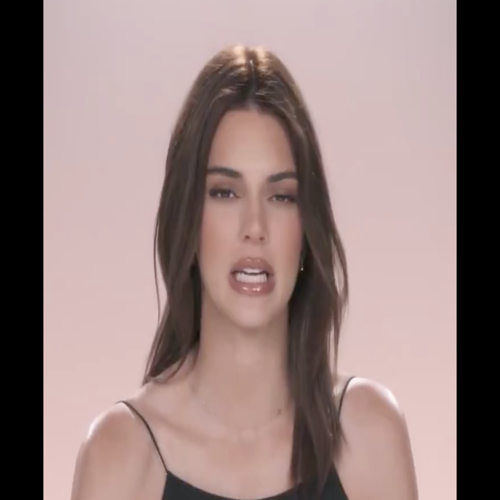 Tonight E!’s most-watched series Keeping Up With The Kardashians (KUWTK) returns with an all-new Thursday, October 8, 2020, season 19 episode 4 and we have your KUWTK recap below.  On tonight’s KUWTK season 19 episode 4 called, “Trouble In Palm Springs,” as per the E! synopsis, “After months of tension among the sisters, Kris plans a getaway to Palm Springs for her daughters to bond, but a major fight between Kendall and Kylie derails the trip. Scott accidentally destroys one of Kris’s priceless antiques.”

Kris was in Paris when this fight took place. She didn’t know until she got back that Kourtney and Kim got into a physical altercation. The two women lost control. Kris never would have approved of them getting physical with each other and she would have stopped it if she had only been there. She was also concerned because they weren’t kids anymore. They were forty and pushing forty. They should know better than to lay their hands on another person. Especially with each other. They’ve had disagreements in the past and everyone thought they had moved passed it. This fight just proved how wrong the family was to ignore the issue between the sisters.

Kris immediately went into mom mode. She wanted to fix it for her girls and so she invited them to Palm Springs. Palm Springs is their happy place. The whole family loves there and hopefully, they could use this trip to address any underlying problem. Kris wanted her whole family to come with her and Korey. She personally invited all of her kids and she even got through to Kourtney. Kourtney was still emotional after everything. She broke into tears in a conversation with her mother and so Kris knew this bonding session was just what they needed. Kris managed to get most of her girls to agree to this trip.

The standout was Kendall. Kendall had needed a personal approach and so Kris invited Kendall out to look at luxury cars. She knew this would get Kendall to lower her defenses. She then used the chance that they were speaking to each other to get Kendall to come and her plan worked. She got Kendall to agree. She also set up Palm Springs so that everyone was safe. Kris sprayed down the house with disinfectant and she had everyone wash their hands the moment they came in. Kris was super worried about the coronavirus. She was doing her best to take precautions by cleaning the house and keeping personal contact down to a minimum.

The first day in Palm Springs went great. They were all being nice to each other and the only person missing was Kylie. She had agreed to come and then she was taking her time about it. She didn’t go straight there. She stayed home to post several videos and photos of herself. She was big on social media. Not so much on answering her family’s phone calls and so Kendall became upset. She said her sister Kylie tends to miss out on a lot of events. She wished Kylie would be there more and it sucks that they started family games without her. Another person missing out was Kourtney. Kourtney wasn’t participating as much as she could and so Khloe was upset with her.

Kourtney eventually began to participate more. Family game night was fun and everyone enjoyed it. There were no fights. Kris didn’t even lose her temper with anyone and so the first time Kris caught a temper is when she noticed someone destroyed her lamp. The kids and Scott were all playing on their motorized devices when Scott ran into the lamp. He broke it and he tried to hide it. He thought no one would notice if one lamp went missing and so he forgot how detail-orientated Kris could be. She quickly noticed her expensive lamp was no longer there. She went looking for it and her search led her all over the house.

Kris began asking her children if they saw a lamp. She asked Kylie who did make it this trip and she asked Kim. Kim thought the kids might have used it to build their fort. They went to go check on the fort together and they found out the kids were using clothing racks. Kris has no idea how they got a hand of clothing racks because she doesn’t remember having any around the house. Kris’s next stop led her to Scott and she asked him if he saw her lamp. He told her no. He lied to her face and so Kris became genuinely confused about her lamp went missing. She knows the lamp was there because she carefully decorated the house when she bought it a while back.

Kris just didn’t know where the lamp went off to. She began suspected someone was messing her, but she couldn’t prove it and Scott tried slinking away before he was blamed. He and his son Mason had already made plans back in LA. Scott was just going to take his son and go and it was Mason who stopped him. Mason felt bad for his grandma. He told his dad that they have to be honest and that he was being raised to be a gentleman. He basically pressured his dad into being honest. Scott went to Kris. He told her that he broke the lamp and they managed to turn into a valuable lesson for Mason.

Kris wasn’t even that mad about the lamp. She got over it and everything seems to have been peaceful. That is until Kendall and Kylie got into it. They got into an argument over their outfits. An outfit was laid out for Kendall and Kylie apparently thought it was for her. She put it on. She was wearing it when her sister saw her and she got angry. Khloe had to step in to make it better. She helped Kendall find a new outfit and they all traveled to a night out at a drag bar. One car traveling to the show had a very festive attitude and in the other car, there was Kendall falling asleep. Kendall was so tired that she ended up missing out on a great time.

Khloe and Kourtney even got back to their usual fun selves. The women took different cars with people heading back to LA in one car and others heading back to the house in another. Kris was in a car with Khloe, Kourtney, and Kim when Kris’s boyfriend called. He was in the car with Kendall and Kylie. Kylie and Kendall got into a huge fight about who was being dropped off first. They were screaming at each on while Kris overheard everything. She didn’t know what was going on and everyone in her car wanted to get to Kendall and Kylie. And Kris’s boyfriend tried to break up the fight.

He tried to get in the middle. He tried to get Kendall another car and that upset Kendall who didn’t want to drive off by herself. It also didn’t help that Korey was closer to Kylie. He either took her side or Kendall blew things out of proportion. It’s unclear what really happened because both Kendall and Kylie were telling completely different stories. It all ended with Kendall being dropped off at a gas station. Kris’s car picked her up and so Kendall was the first to get her story across. She slapped Kylie attacked her first. Kylie slapped her and put her heel to Kendall’s throat. This is all according to Kendall. Kylie was telling a different story.

Kylie and Kendall were just so angry with each other that this trip to Palm Springs managed to put a dent in their relationship.