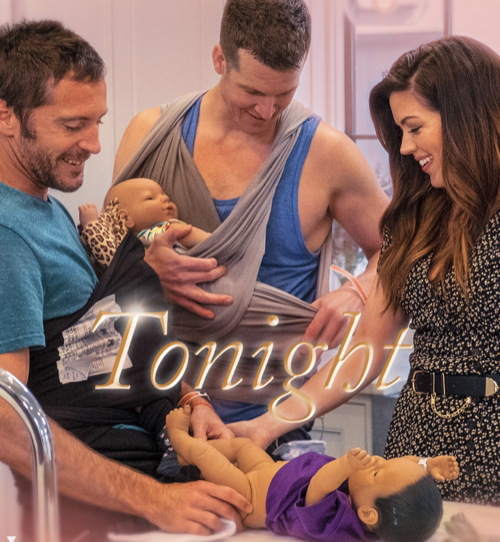 Tonight on the FOX their new unscripted reality show Labor Of Love premieres with an all-new Thursday, June 25, 2020, episode and we have your Labor Of Love recap below. On tonight’s Labor Of Love season 1 episode 6 called “You’ve Got Babies” as per the FOX synopsis, “Kristy and the hopeful fathers-to-be are put to the ultimate parenting test; and Kristy has the chance to spend more time with each of the men one-on-one before deciding which hometowns she’ll be visiting.”

So make sure to stop by tonight between 9 PM and 10 PM ET for our Labor Of Love recap. While you wait for our recap make sure to check out all our television news, videos, recaps, spoilers, and more, here!

Tonight’s Labor of Love recap starts now – Refresh Page often to get the most current updates!

Kristy wakes up to a baby crying, she goes downstairs and Kristin is there and Kristy has a new baby, well a fake baby that cries really loud. The baby is going to randomly cry when it needs to burp, feed, or be changed. Each man is going to receive their own babies, they will be scored on how they tend to their infant needs. And, they have been given a chore list, so they will know how it feels to be a stay at home dad.

The men are woken up to babies crying, the downstairs is a mess. All the guys take their babies and try to soothe them. Poor Kyle is terrified, he has no idea what he is doing and thinks the day is going to go horribly wrong. There is a message for the men, “Drill Day! Congratulations on your new additions! Don’t get cozy, you’ve got a lot of work to get done around the house! There’s a list of household chores on the counter. Kirsten.” Kyle looks out the window and Kristy is in her house taking care of her baby. Kyle and Stewart do nothing to help with the chores, Gary, Marcus, and Trent work their butts off.

Kristen has the results, Kyle gets first place, top scorer. Stewart is second, he says he went right into baby mode. Gary is called out for leaving the baby on the bed and going to take a shower. Gary’s defense is that it was just a doll. Yikes, Kristy doesn’t look impressed and says you can’t turn a baby off. Kirsten says that Kristy doesn’t have to choose who to go on dates with because she is going on a date with each one of them to determine, whose home she wants to visit. Marcus isn’t happy about the home visit, he doesn’t think it is anyone’s business how he lives.

The guys are upset because Kyle gets props for doing well with the baby, but he did nothing around the house. Trent and Marcus go to visit Kristy, gloves are off. Marcus tells her that there is an alarm bell with Kyle in the house. He doesn’t care about anything except for himself, he let everyone else clean the house, and took care of the baby. He always does or says the right thing, but he is a fraud. Kristy says it is hard, but thanks them. Kristy is wondering If this is the gameplay, she is going to speak to Kyle.

A message for the men, “Date Day! Adventure awaits, all of you get dates! Trent, your date with Kristy starts now. To find the girl next door!” Trent shows up for his date, he goes in the living room and there is a doctor there, Kristen sent him over. He is a psychologist and works with couples, especially those who just started dating to figure out how compatible they are. Kristy and Trent put on blindfolds. Trent takes off his blindfold and has to guide through a series of obstacles with her blindfold on. Trent does very well. Kristy really did trust Trent, they kiss. He feels like he went from a no-chance guy to a front-runner.

Another message, “Date Day! Marcus, it’s time to share a perfect moment with the mother to be!” Trent makes his way over to Kristy’s house and there is a playpen filled with kittens. Marcus couldn’t be happier, he loves cats. Kristy tells Marcus that she is nervous to get hurt. Stewart is in the window, he and Kyle are listening in on the two. Marcus tells her that he would love for her to see where he lives and get to know him better. Marcus kisses her, the guys are watching.

Time for Gary’s date, it’s late evening and it is raining outside. The two have an intimate date, Kristy wants to talk to him to see if he really is serious about being a dad. He reminds her that his brother is ten years younger than him and he knows what to do when he is with a baby.

Message for the men, “Date Day! Sometimes as a parent, you can get stuck between a rock and a hard place, and you have to rely on one another. Stewart, your date starts now!” The two go to a mountain and are propelling. Kristy is super nervous, Stewart calms her and the two do a great job.

Time for Kyle’s date with Kristy, they are doing an aerial yoga lesson. Afterward, Kristy tells Kyle what Marcus said about him, she starts crying, he hugs her and tells her that Marcus is the one who is not real.

Time for Kristy to decide which men she wants to keep around and visit their home. Stewart is one that she chooses right away. She speaks to Gary, tells him he is the most intriguing, but she had a stronger connection with the other men more than him. He says sorry he wasn’t it and gives her a big hug. Next is Kyle, she tells him that the big problem on their date is that they didn’t kiss, they do and them she asks him if he will show her his city. Trent is next, Kristy tells him that their date was amazing, absolutely incredible.

She starts crying and tells him that she can’t imagine her life without him in some way, but she feels she has a stronger connection with the other men. Marcus is next, Kristy tells him that she is questioning his sincerity. That he is more worried about saying the right thing or winning a competition is more important to him than her. He is crying and says that he wants her to love him. She says that this is what she wanted to see from him, and asks him to show her his city.