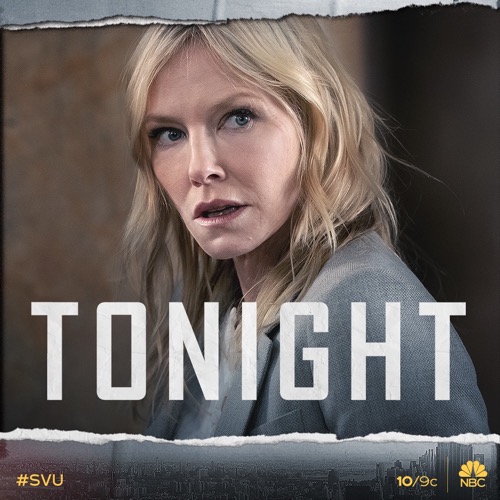 Tonight on NBC Law & Order SVU returns with an all-new Thursday, February 13, 2020 episode and we have your Law & Order SVU recap below.  On tonight’s Law & Order SVU season 21 episode 14 as per the NBC synopsis, “Rollins goes undercover to root out a government worker withholding green cards in exchange for sex.”

The police held an undercover sting operation on the train. They had heard about a new groper and so they staged several female detectives on this one train. These women waited. They were all assaulted by this one perp and so they made their move. They tried to arrest the guy and he ran. He ran into the crowd. He smashed up his phone and he threw it onto the tracks. He also began shouting police brutality when the police finally did catch him. The perp created such a stink that he ended up causing a riot and the police were attacked on their way of the station.

The perp’s name is Duane Varick. He later pretended he bumped into the women accidentally and he knew the police had nothing on him. He completely ruined his cell phone. The police couldn’t use that against him and so they tried looking for his other devices. They found out he works with ICE. They knew that was Homeland Security’s territory and so they played it safe. They went directly to Duane’s boss. They went to Rory O’Toole and they asked him for his permission to check Duane’s work computer.

O’Toole gladly gave it to them. There were many pictures on his computer that the detectives threatened to use it against him and so Duane lashed out. He cursed O’Toole’s name. He said O’Toole only gave them his computer because he didn’t want the police checking his own and so that’s when Duane talked to his lawyer. It turns out he has a story to tell. Duane knows that O’Toole is abusing his right as an Immigration Attorney and using it to force women to have sex with him. O’Toole would threaten their visas if these women didn’t comply.

Duane named names. SVU tried to talk to them and these women didn’t want to go on record. They were all married. They didn’t want to risk their marriages over what happened and so Captain Benson put together another string operation. This time she had two detectives pretending to be a newly married couple. The husband would need a green card and his wife is willing to do anything to keep him out of the deportation center. The detectives would be the perfect victims for someone like O’Toole.

The detectives played the part. They got O’Toole to fall for it and they arrested him the moment he tried to coerce a woman into sex. SVU arrested O’Toole for sexual extortion. They thought they had him dead to rights and so imagine Carisi’s surprise when O’Toole’s lawyer claimed O’Toole was merely testing them. The man was claiming that he knew the marriage was fake. He tested the wife to see if she would cheat and if she did then it couldn’t be a real marriage. O’Toole was saying all of this because he knew the other women wouldn’t come forward. And he was right.

O’Toole went after married women. He knew they wouldn’t want their husbands finding out and the only one that has rejected him was awaiting deportation. She was also the only one willing to come forward. She said that O’Toole had sent her a message on her phone and she thinks her husband still has her phone. The detectives went to speak to the husband and that’s when they found out the husband was secretly sleeping with a man while his wife was locked up. And so they found her marriage really is fake.

Carisi couldn’t use that woman. The detectives tried finding another and they did. They found Lina Vasquez-Boyd. Her husband had found out what was being said about O’Toole and he tried asking Lina about it. It seems Boyd’s first wife had cheated on him. He was therefore paranoid about it happening again and he was taking it out on Lina. Lina’s husband was checking her phone as well as following her sometimes. He was even getting abusive and so Benson promised to help Lina. She could leave her husband and not be deported.

Lina agreed to testify in exchange for help. She was all set to do it and then at the last minute, she pulled out because she learned she was pregnant. She didn’t want her husband to think the baby wasn’t his and so he can never know what happened. Lina chose her family and unfortunately that left Carisi without any corroborating witness. Carisi tried asking for more time. They didn’t have much and so they went back to an earlier victim that rejected them. They returned to her because this time they needed her help and they weren’t afraid to tell her husband for her.

Thankfully, Rosamie Klein’s husband was kind. He understood why she did what she did and he supported her as she agreed to testify. Just having her on board was enough to scare O’Toole. He and his lawyer later agreed to take a plea deal. He confessed to Rape 3 on three counts. He’ll do fifteen years and he’ll never be in a position to hurt another woman. And so the detectives did well.

Rollins also managed to get a date out of it. Not O’Toole! She went out with the detective she was fake married to and they have chemistry.